Nepali actresses have teamed up to organized a condolence ceremony at Maitighar Mandala on Saturday evening at 5:30 PM to remember the actress Killed in Pokhara last Monday. The Magar film actress Neha Pun was killed in Pokhara by an unknown person on her way back from work. The residents of Pokhara have come to street demanding the police and the government to speed up their search for the murderer.

Keki Adhikari writes, “In order to express our grief and solidarity with frineds and family and relatives of Neha, we are gathering at Maitighar Mandala tomorrow, Feb 6, at 5:30 PM to light candles and express our tribute with a moment of silence.” She also adds, “May the convict be put behind the bar at earliest and Thus the justice for her. Rest in peace, sister.” Richa Sharma, Barsa Raut, Shristi Shrestha and Priyanka Karki’s statements are similar (in fact, they have copied and pasted the same message.) Nisha Adhkari has similar message. 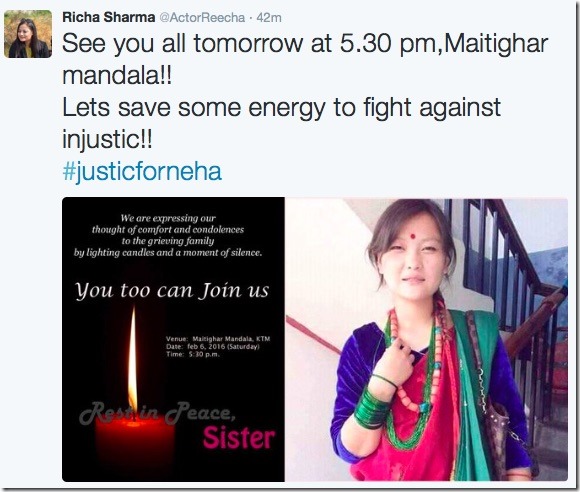 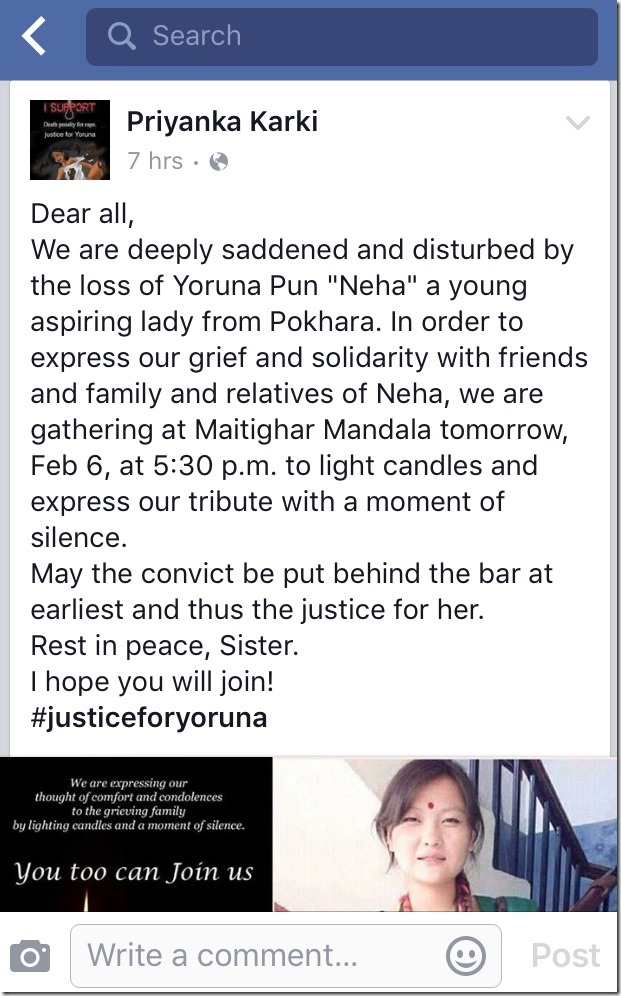