In a post in Facebook, actress Poojana Pradhan has told that the post was the last post in the platform. That was because, her first production movie ‘Chocolate’ didn’t get much viewers. A few days ago, same Poojana was telling that her movie is capable of competing with ‘Kabaddi Kabaddi’.

Although the movie was highly promoted, premiered in foreign countries, promoted as being a part of social work and about spending all proceeds for orphan children – the viewers didn’t show up in the theaters. Here are the videos of well known artists and politicians with best wishes to the ‘Chocolate’ team. That was a huge failed endorsement:

Question arises, will do they do it again? 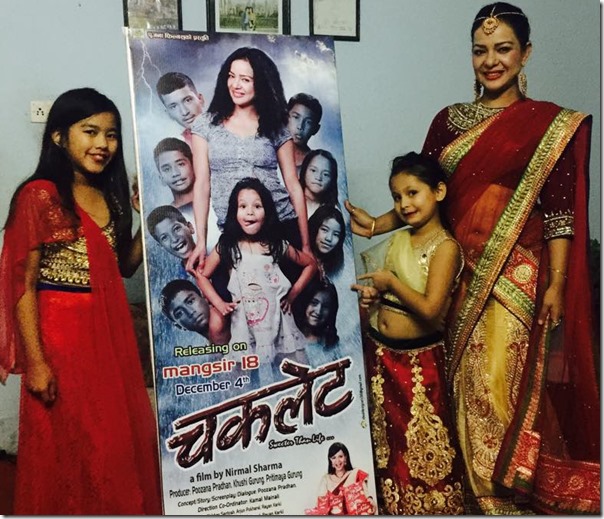