Actress Priyanka Karki is currently in Japan for stage programs – ‘MaHa Yatra’. In her Japan tour she has got the opportunity to get close to the senior comedy artist Madan Krishna Shrestha.  In the short time she has been together with Madan Krishan, Priyanka has been quite impressed to tell that she has become his fan. 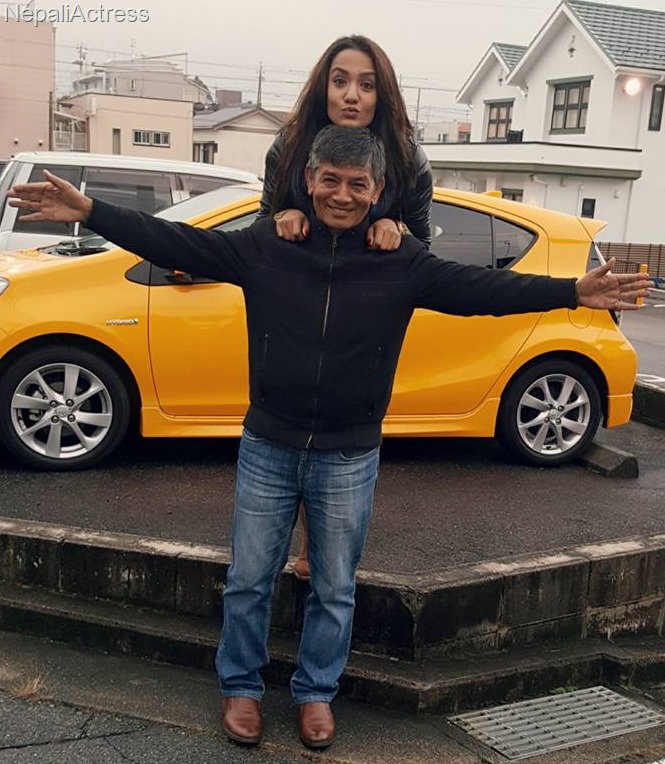 It is Priyanka’s love towards the actor. In her Facebook status, Priyanka shared two of their photos in Japan and wrote, “Such a sweet, humble man. I have always been is biggest fan and now, after getting to know him personally, I am totally in love with him and his personality.” Priyanka also said that it was an honor to be standing next to him in the photo.

One of my friends said that the photo looks like reverse to the popular photo from the movie ‘Titanic’. In the movie the Leonardo DiCaprio and Kate Winslet has posed with Kate spreading her hands like wings. In Priyanka’s photo, Madan Krishna is spresading the wings and Priyanka is looking from behind. 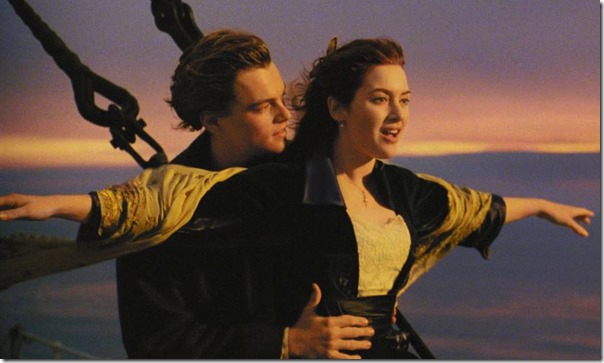 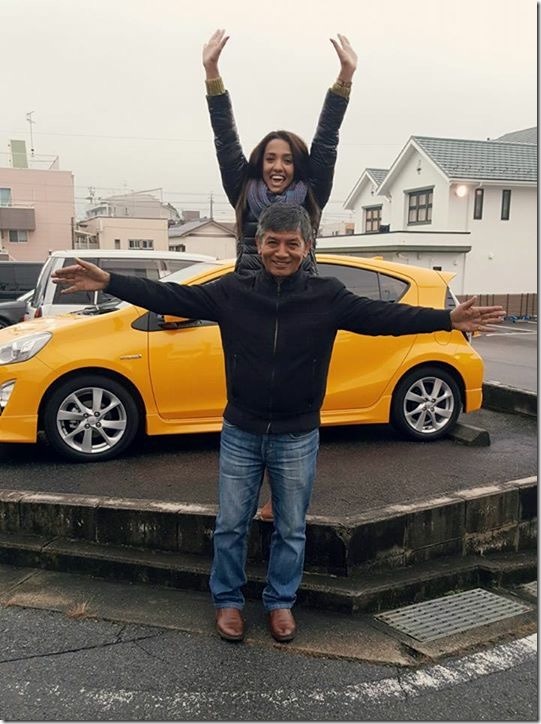