In her last movie actress Rekha Thapa debuted as a director. Now, in her upcoming Rekha Films banner movie ‘Ram Pyari’, the actress is adding one more identity – a musician. According to an online report, the song of the upcoming movie featuring Rekha’s lyrics and music is scheduled to start recording in a few days. 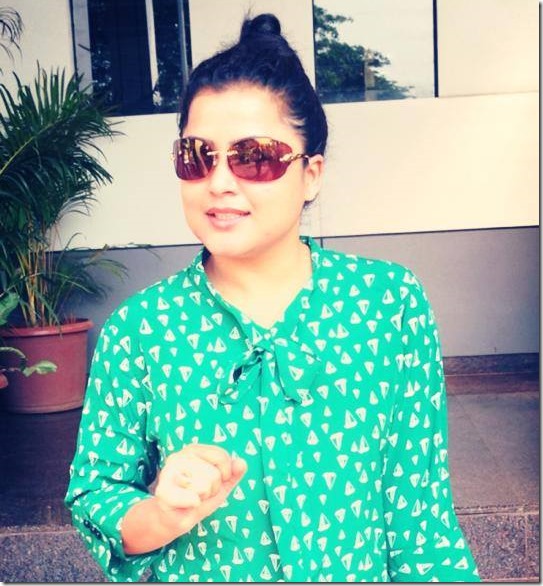 ‘Ram Pyari’ is a movie on the story of a auto-rickshaw driver woman. Rekha is being featured in the leading role in the movie to be directed by Shabir Shrestha. The movie is scheduled to go on floor in the new year and is expected to be released in the Dashain holiday.

Although Rekha will compose the music of one song in the movie, the music in other songs will be composed by musician Basanta Sapkota.

In the past, actress Rekha had given voices to a few songs, she had also written the story of the movie ‘Kali’ and directed and wrote the script of ‘Himmatwali’. It seems, she wants to try and taste everything done in her movies.  Rekha seem to do and use such creative works as marketing material.

Here are some videos of Rekha Thapa singing:

Singing ‘Ko hola Mero Mayalu …’ and other songs in Mumbai

Singing on stage with Shankar BC

One thought on “Rekha Thapa to compose music in Ram Pyari”