Priyanka Karki got engaged in a secret event in Kathmandu on July 14, 2018. Only the close family friends were present in the ceremony. In the event the future mother-in-law, Raveena Desraj gifted gold ornaments to future daughter-in-law Priyanka Karki and accepted her as a family.

Priyanka and Ayushma had studied in the same school. But, as Priyanka was elder to him, she was in higher grade. They met again in 2017 and started expressing their feelings towards each others. That might be the reason Priyanka choose Ayushman to be one of the Top 10 males in Nepal. Among her selection, he was the only bachelor and most probable candidate she could be dating.

Then, there was a news of Ayushman’s breakup. Before Priyanka, Ayushman was having in relationship with Paramita RL Rana. They had also worked together in their debut film ‘Chapali Height 2’. Although their acting was appreciated, the film wasn’t successful. The failure of the film might have affected their relationship. But, when Ayushma and Paramita broke up, Priyanka was there to be blamed. Priyanka and Ayushman signed up ‘Katha Kathmandu’ and their romance in the film’s set might have enraged Pramita.

One of the interesting thing about the engagement is Priyanka’s announcement that she is changing her surname. She, hadn’t changed the surname during her first marriage. Now, it is not clear why she is changing it.

Who were the boyfriends of Priyanka Karki?

In April, Priyanka finally admitted her relationship with Ayushman Desraj:

They were seen together in Pokhara :

In June, Priyanka and Ayushman made headlines when they kissed in an Award ceremony: 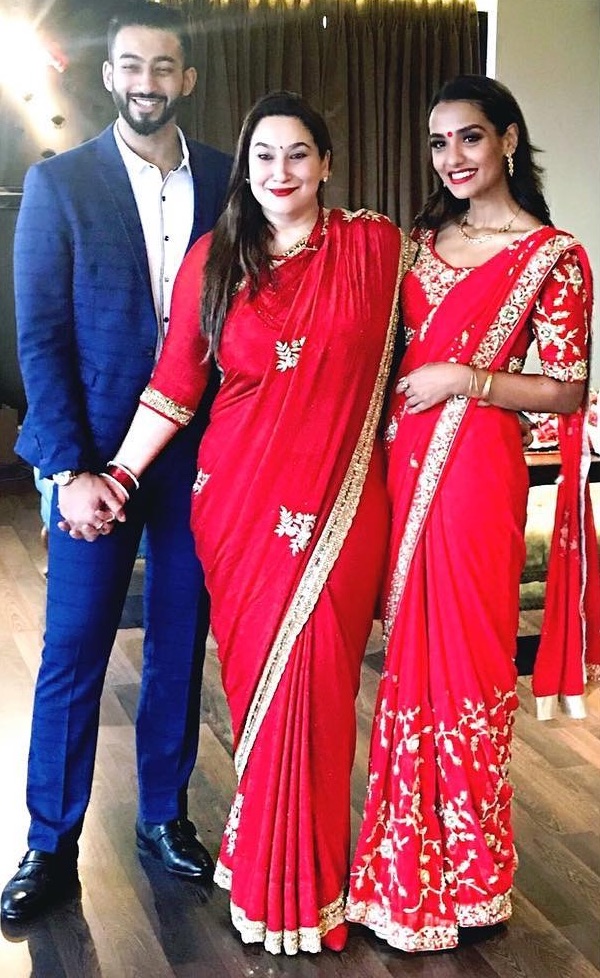