In a latest report, actress Jiya KC is living together with actor Bhuwan KC in his home for some time. According to xnepali, they were spotted living in the house by the participants of the ‘Dream Girl’ audition held in Bhuwan’s home. 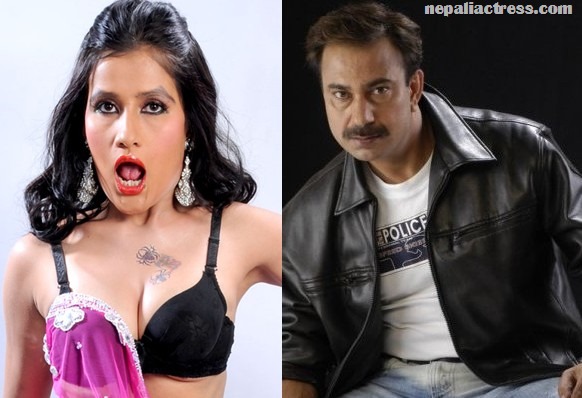 Bhuwan’s next project ‘Dream Girl’ will feature his son Anmol KC in leading role and most probably Bhuwan as the director. Althoguh Jiya doesn’t have any role in the movie, she was seen in Bhuwan’s house, making herself at home, wearing pajamas. The rumor of the relationship between Bhuwan and Jiya is not new. Jiya had publicly admitted that she was in love with the actor. Bhuwan had also told that he thinks Jiya is the most beautiful actress in Nepali film industry.

Jiya started with vulgar movies and went to the limits to speak vulgar dialogue and doing skin show. When none of her movie could convenience the audience, she is free these days. Bhuwan’s last movie ‘Sathi Ma Timro’ wasn’t as successful as expected. He is currently busy in the preparation of his next project.

Bhuwan is known to change girlfriend from time to time. But, it seems, he had been together with Jiya for almost two years.

Will they marry and live together? Time will surely tell.