In an interview to an online magazine, actress Rekha Thapa has told that she has found the guy to marry.

In the interview, Rekha told that it will be her first official marriage. On the question on her ex-husband Chhabi Raj Ojha, she told that it wasn’t a formal marriage. She tried to imply that the relationship was an agreement and they were living together to make her the number one actress in Nepali film industry. 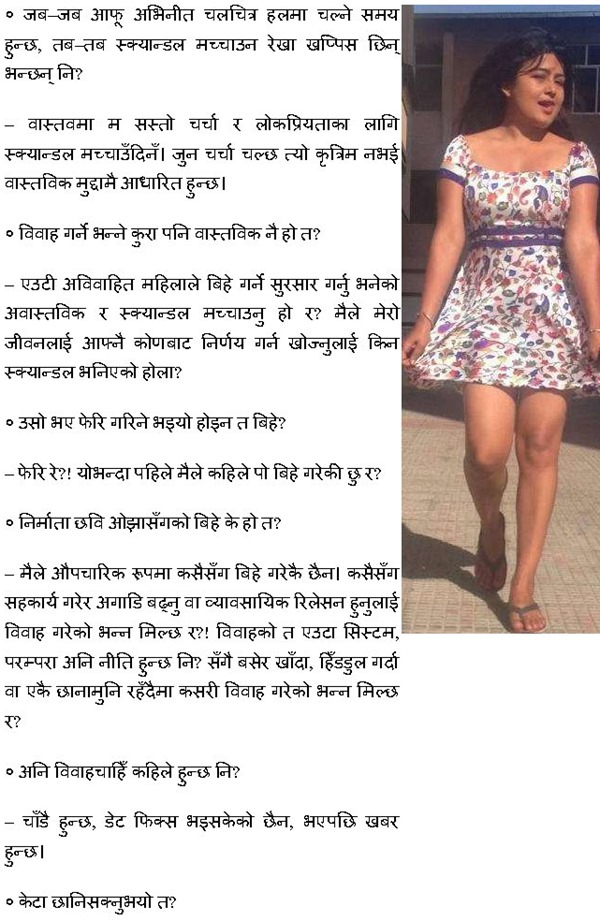 In the interview, Rekha told that she has already found the right person to get married. Although, she denied to give any details of the person, she promised to tell the details soon. 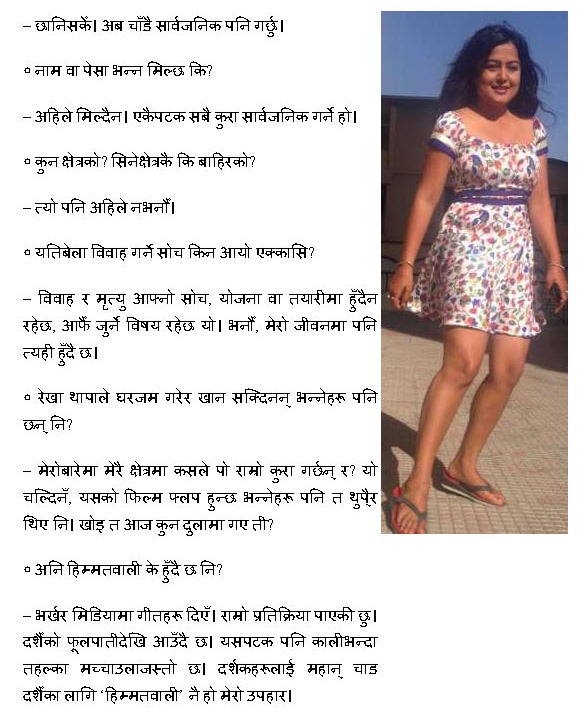 We believe our readers smart enough to guess who might be the candidate. If you have any idea please write in comment. Thank you.

2 thoughts on “Rekha Thapa found a candidate to marry”