"Finally my director (Yaddhav Bhattrai) handover me that valuable, honorable and respectable Award and certificate." 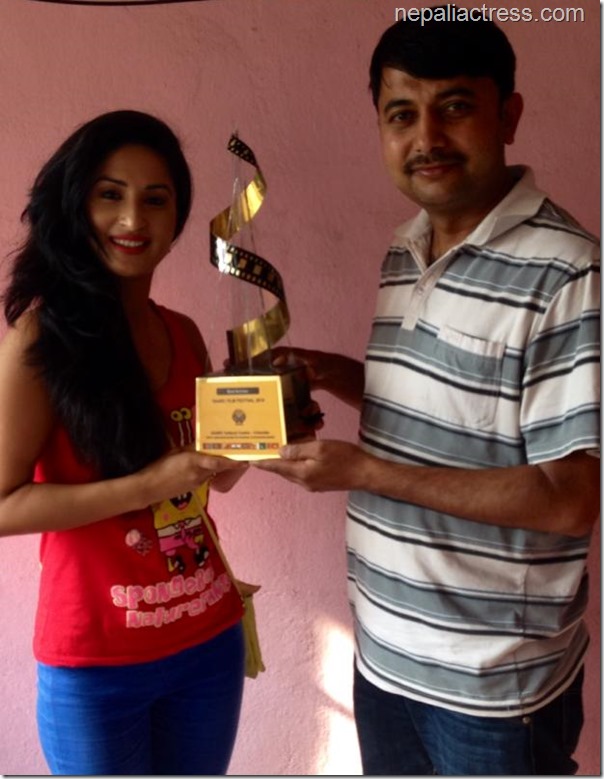 That was Garima Pant telling about the Best Actress Award she won at the SAARC Film Festival 2014. She says that she doesn’t have proper words to express her feelings.

She expressed her thanks to the ‘Jhola’ team, the writer Krishna Dharabashi the director Yadhav Bhattrai and the producers for helping her in achieving the success.

In the SAARC Film Festival 2014 held in Colombo, Sri Lanka from May 20 to 25, another Nepali movie, ‘Sanghuro’ also won two awards. More detail on the award in moviesnepal. 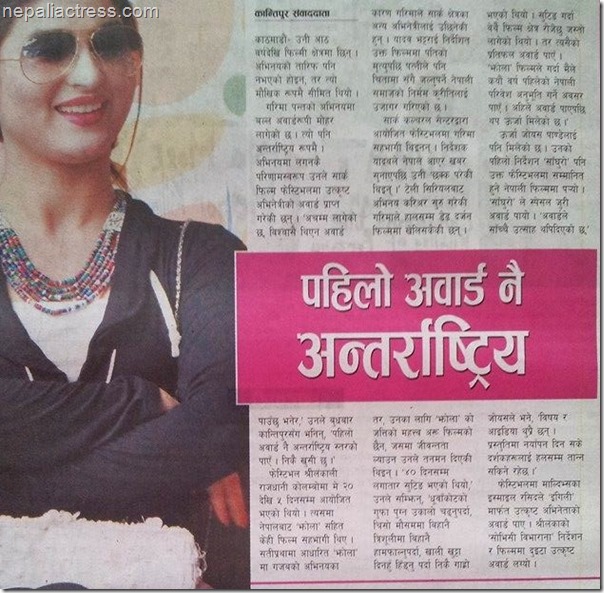