In an article about depression in actresses in Nepali film industry, actress Rekha Thapa has admitted that she is well prepared to fight depression. The article was published in weekly publication of Nagariknews, ‘Shukrabar’ . She has also shared her statement in Facebook detailing how she is fighting depression. She has told that she has accepted the natural changes in her and accept the natural changes and realities. 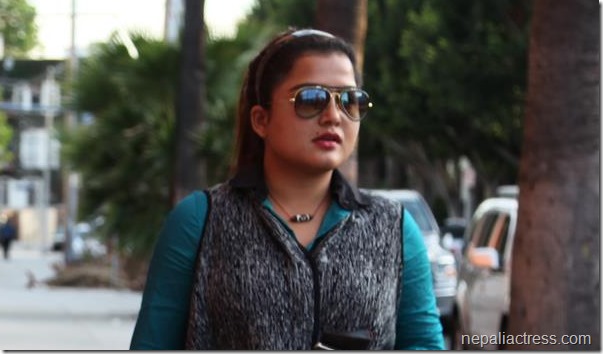 Although Rekha has told in the article that she has helped her co-worker in dealing with her depression and suggested her to get married, she has also revealed some of the insecurities she is currently facing. She is concerned about her weight, graying hair, and failure of films. She has also accepted that her days as a leading actress are numbered so, she is preparing for the future role of a producer and director. It is another story that Rekha’s debut film as director – ‘Himmatwali’ wasn’t as successful as expected. The latest release ‘Tathastu’ also couldn’t attract much crowd in the theater.

Read the part of article Rekha has shared in her Facebook status: 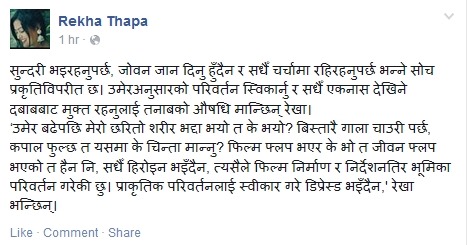 Other actresses like Gauri Malla and Nisha Adhikari have also talked about depression in their professional lives.