The letter from the government through Film Development Board couldn’t stop the release of Rekha Thapa‘s movie ‘Himmatwali’ in theaters in Kathmandu. The movie was released on Wednesday, in sharp contrast of the usual trend of releasing new movies on Fridays. 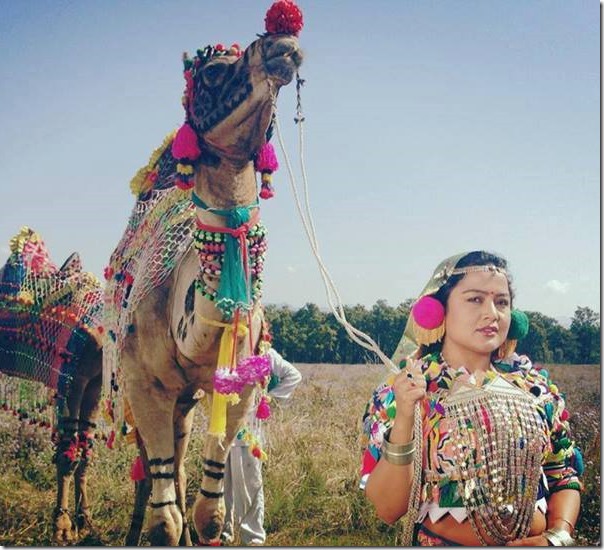 Attached below are the letters from the government bodies – Film Development Board and the Communication Ministry about the implementation of the agreement for the release of movies. 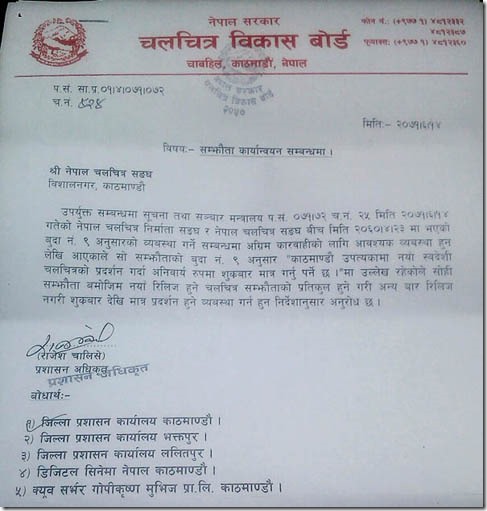 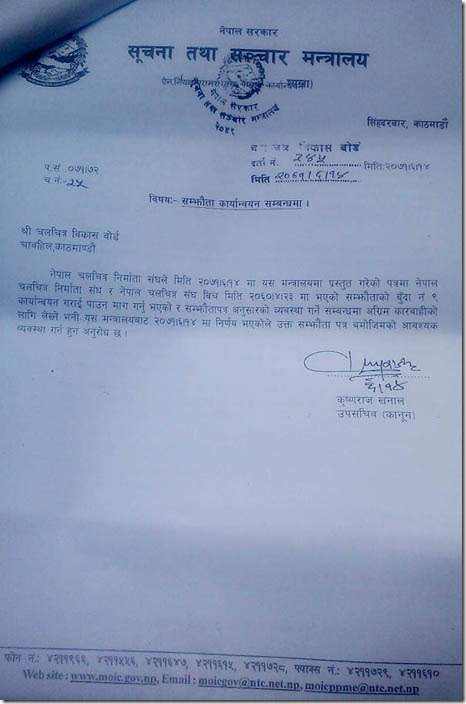 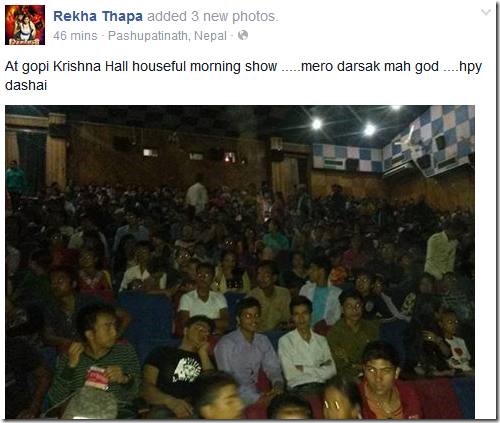 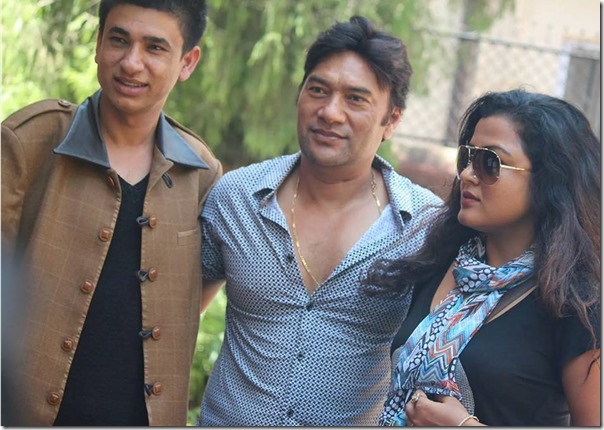