Richa had to write a long response to the interview she did with Rishi Dhamala in the program ‘Dhamalako Hamala’. The talk show program is designed to attack the interviewee by the notorious journalist Dhamala.

In the interview Dhamala had asked Richa Sharma about her past relationship with actor Vinay Shrestha. Richa admitted that they were in relationship for six years. Dhamala pressed Richa to tell if they had sex at that time. Richa tactfully avoided the question. But, Dhamala wouldn’t let her go and keeps on asking about the same thing.

Richa’s fans had asked Richa why she agreed to do interview with Dhamala in the first place. He is known to ask absurd and uninformed questions.

Richa’s response to the concern was that, as an artist interviews are part of her profession. If somebody is not professional enough, it is not her problem. She writes, Rishi Dhamala should ask such questions to his wife not other women. 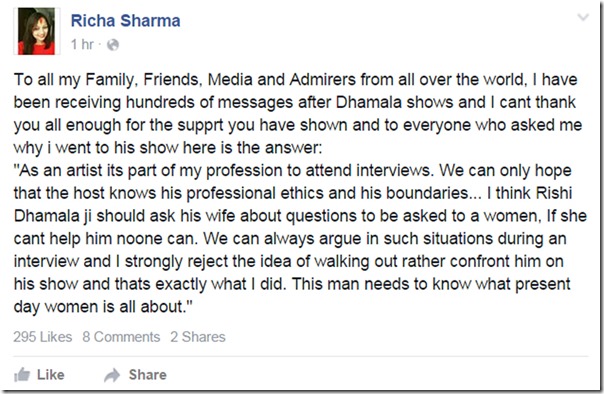 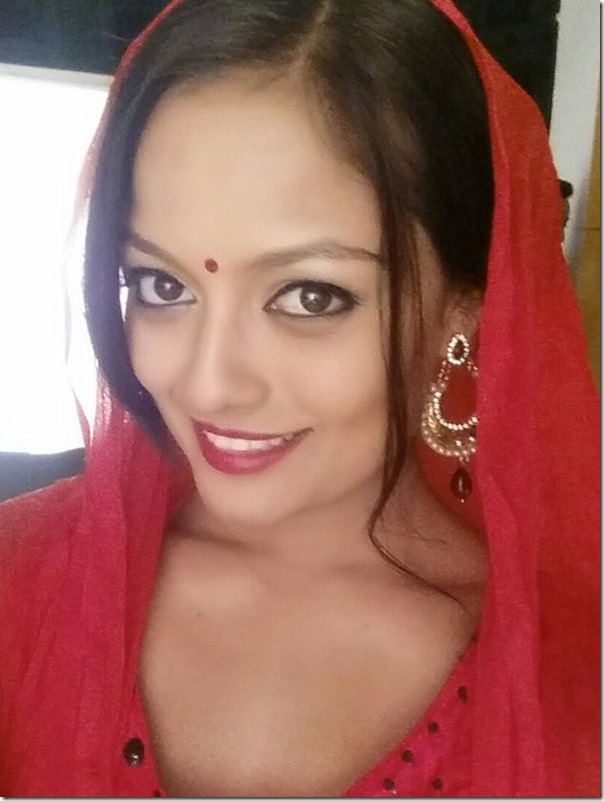 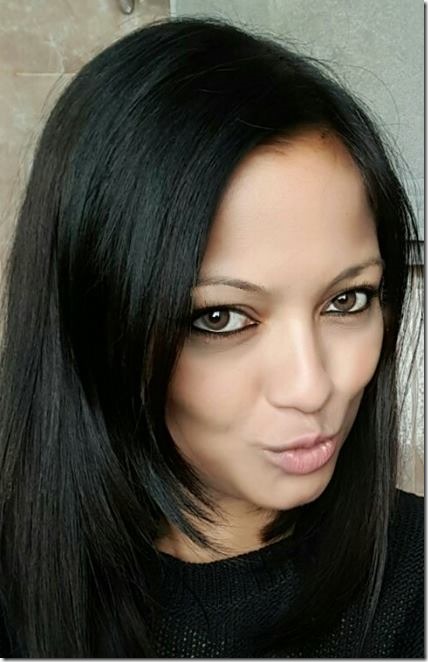