Actress Richa Sharma has turned 29 years old on July 16, 2016. On her birthday she had donated Rs. 100,000 to Dhurmus Suntali Foundation for the construction of residences for earthquake victims. That was one of the best social work one can do on their birthday. Video report:

NepaliActress team would like to wish Richa Sharma a very happy birthday and wish her every success in her life.

Actress Richa Sharma is one of the most versatile actress in the Nepali film industry. She is featured in a lot of different roles from being glamorous avatar to totally non-glamorous roles. Her non-glamorous roles include that in ‘Ko Afno’ and those in some telefilms she had done in the past. Talking about glamorous roles, Richa had also danced in an item song in ‘Highway’.

Richa is currently busy in the workshop of her upcoming movie ‘Loot 2’. The movie is the sequel of super hit movie ‘Loot’.

Affairs and breakups of Richa Sharma

Richa was previously having affair with Vinay Shrestha. Vinay and Richa jointly produced ‘Visa Girl’. But the failure of the movie parted them apart. Vinay has recently married another girl – Aney Thapa. She was also linked with ‘Loot’ director Nischal Basnet. Nischal Basnet has also married another actress Swastima Khadka a while ago.

If rumours are to be believed, Richa is close to Gaurav Pahadi these days. 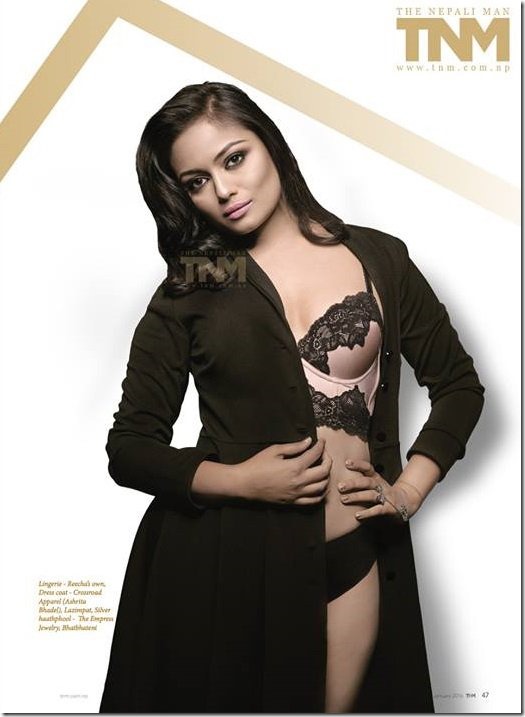 A video of Richa Sharma dancing in the Amarpanchhi program:

Richa Sharma was also instrumental in organizing a pressure event on the death of Neha Pun.

A report on the transformation of Richa Sharma in ‘Ko Afno’

One thought on “Richa Sharma turns 29, starts the year by donating money to Dhrumus Suntali Foundation”