Nick names are quite common among the people who are close to each other. The ‘Mero Euta Sathi Chha’ couple, Namrata Shrestha and Aryan Sigdel are currently the most liked on-screen couple these days. After four years of the release of their first movie, Namrata and Aryan teamed up in ‘November Rain’. The movie became hit and they did another hit movie ‘Classic’. The movie made on the love story of them featured as blind people has been liked by the viewers and were also awarded various awards. Namrata won FAAN 2016 award and the National Film Awards 2016 for her role in the movie. Aryan Sigdel won the Best Actor award in FAAN 2016. The movie was also selected the best movie of the year.

Apart from being well known on-screen, Namrata and Aryan are good friends off-screen. They have special nick names to call each other. What are they? Watch the following video to know:

Namrata Shrestha and Aryan Sidel are currently in Hong Kong to participate in ‘Classic’ show and other event. 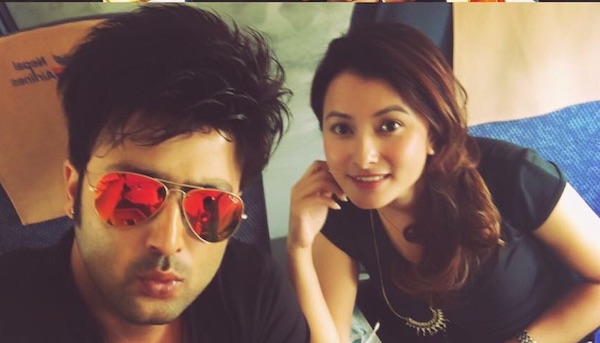