Last time it was ‘Gajalu’ actress Shristi Shrestha who was pissed off by the question of a journalist, now it is another actress Sushma Karki. Journalists try their best to get in the nerves of the celebrities. It is the moment of their rejoice when they get angry responses from the celebrities. 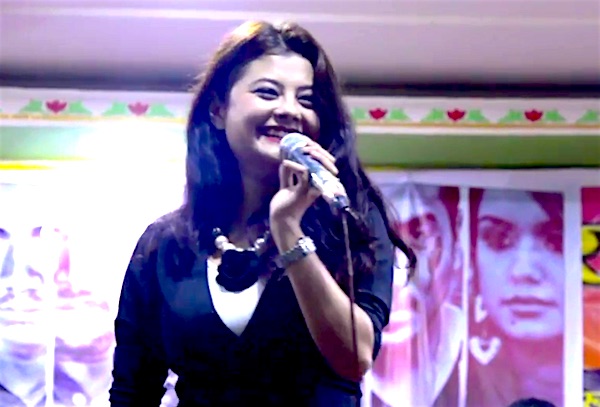 The event was the press meet organized to give information about this week’s release ‘Sanjog’. It had been quite a while since any movies of Sushma Karki were released. In the event, a journalist asked about the failure of her last release ‘Chalechha Batas Sustari’. Sushma claimed that the movie was successful. She told the journalists don’t need to care about what she does for living. She also asked journalists to study about her before asking questions.

Sushma Karki became popular by sexually aggressive roles and modelling. The item song of ‘Loot’ made her popular and created demand in stage shows in country and out of country. She was featured in movies like ‘Bindaas’ and ‘Bindaas 2’ but none of her movies have done good business. In addition to scandals related to her movies, she was also known for various issues with her boyfriends.

Watch the video of the event:

Watch the trailer of the movie