Nepali actress Saranga Shrestha did marry Ramesh Karki on February 1 in a court in US. At that time she told that she wasn’t satisfied by the paper work and wanted to do a ‘real’ marriage in Nepal according traditional Nepali style. She was planning to go to Nepal with her husband to perform the rituals. But, her plan was abruptly halted when she realized that she is already pregnant. 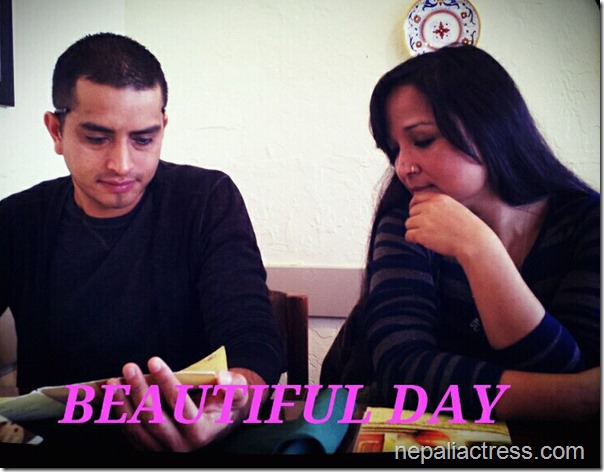 Saranga don’t have any kids from earlier marriage and she is very excited to be a mother. Although Saranga couldn’t fulfill her dream to perform the marriage ceremony according to Nepali tradition, the marriage was legally complete.

It is a very good news, NepaliActress team wishes Saranga a safe pregnancy.