Nepali actress Priyanka Karki danced in Hindi songs in a program held by Nerolac paints. Shah Rukh Khan arrived in Nepal to participate in the program held in Kathmandu on March 9, 2015. The musical show was held in the evening at the hotel Yack and Yeti. 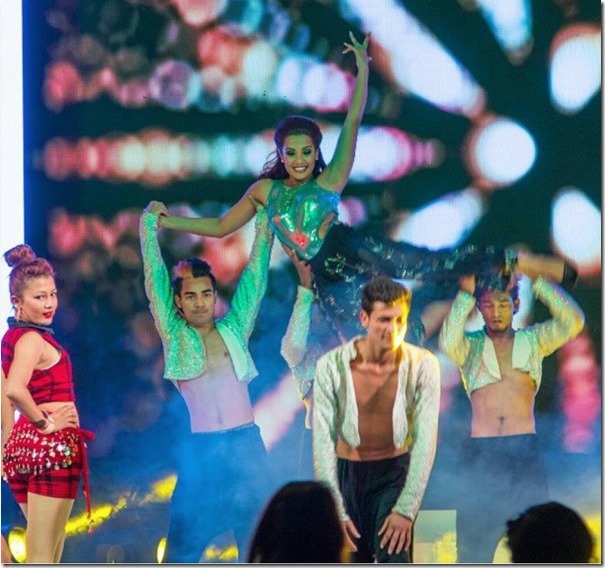 In a Facebook post by Priyanka Karki, she had tried to dance in Nepali dance but as the whole team had arrived from India and everything was prepared for Indian dance, she had to perform in Hindi songs. Watch a video of her dance and read her explanation on why she couldn’t dance in Nepali songs.

If the embedding above is not working, I have also added the following screenshot. 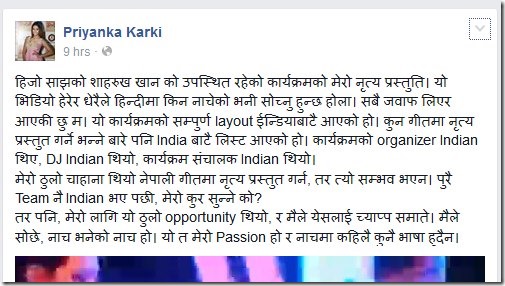