Actress Sumina Ghimire has married he boyfriend Roshan Sapkota in a program held in Kathmandu. A pilot by profession, Roshan, had met Sumina during the shooting of a music video filmed on him and Sumina. He had written and composed music of the song in which he had also modeled. The music video featuring the couple is yet to release. 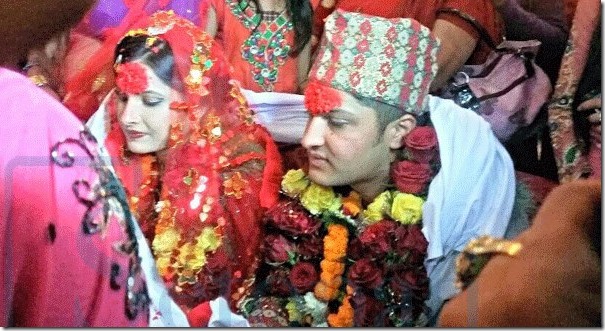 The actress has married days after the release of her movie ‘Bimdatta’ in theater. The next movie of Sumina ‘Mala’ is ready for release.

In Sumina’s marriage only a few people from the Nepali film industry were invited. The participants were mostly family members, friends and some politicians.

The history of rumors and details about Sumina’s affair: