There is no denying that actress Rekha Thapa is the undisputed number one actress in Nepali film industry. If Rekha’s ex-husband had his ways, she won’t be there much longer. Chhabi Raj Ojha has a master plan to establish his new found actress, Shilpa Pokharel in the top position in the Nepali film industry. 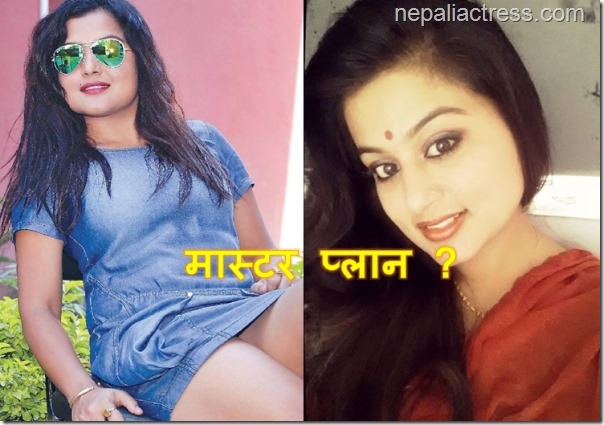 Chhabi’s attempt had paid off a little bit with the success of Shilpa’s debut movie ‘Lazza’. The movie was a success in terms of collection. The second of her movie is going to release soon. Chhabi is not waiting to see the result of Shilpa’s movies before he signs her in new ones. He had signed-in Shilpa in ‘Hawaldar Suntali’ even before ‘Lazza’ was released.

In the first two films, Chhabi let Shilpa show her talent in new movies and challenges. When she became successful, Chhabi is planning to start a new trend of making sequel movies of previously successful movies. On her birthday, Chhabi signed in the sequel of the hit movie ‘Kismat’ – ‘Kismat -2’. Rekha is being replaced by Shilpa in the sequel film. As Shilpa looks similar to Rekha, she would get away with being the character that Rekha played in the original.

That is not all, Chhabi has also announced that he is in the preparation of the sequel of another of Rekha’s hit film – ‘Hifajat‘. There is high chance that ‘Hifajat 2’ will also feature Shilpa in place of Rekha Thapa. There are reports that more sequels from Chhabi camp are to follow and they are meant to make Shilpa an undisputed queen of Nepali film industry in near future.

If things go as rumored, we suspect Rekha to intervene. Rekha is a fighter and won’t let her position go that easily. She might try to stop the sequel as the movie were produced by Rekha Films, now, under her ownership.

Whatever might be the case, it would be an interesting thing to keep an eye on.