UPDATE: Simpal got married on January 17, 2016. Here is the video report on the marriage and introduction to Simpal:

Actress, model and VJ Simpal Khanal is engaged to a UK based businessman Nadeem in an event held at Hotel Hayat in Kathmandu on January 7, 2016. Nadeem and Simpal were having affair for the last one year.

According to report, the marriage date between them is yet to be determined. Simpal is planning to join her future husband to UK soon.

The actress who was recently married to a UK resident boyfriend, Reema Bishowkarma is currently busy in modeling and has told that she will continue in the field. To know if Reema stays true to her words, we might need to wait for a wile. Watch a report on actress leaving the film industry:

Nepaliactress team congratulates Simpal and Nadeem for the start of a new relationship and with them a very happy and prosperous life together. 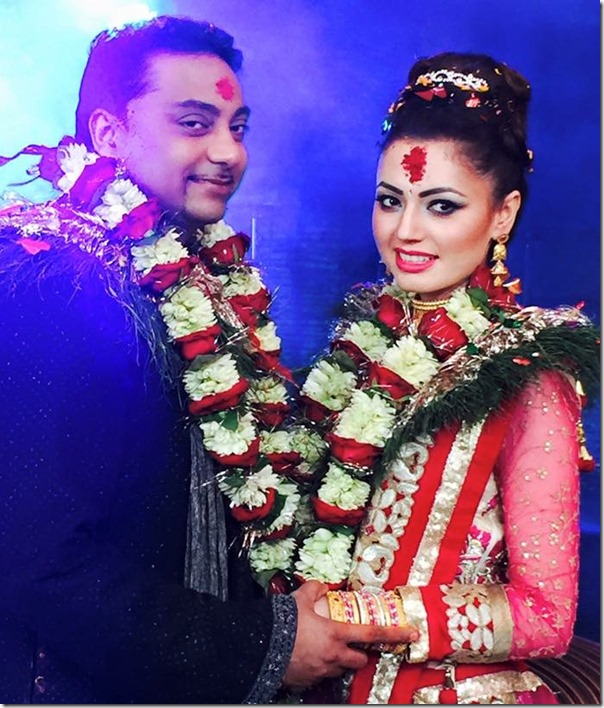 One thought on “Simpal Khanal engaged to UK businessman, another actress lost to marriage ?”