The new on-screen couple, the son of actress Mausami Malla, Vicky Malla and ‘Samaya’ actress Surabhi Bista were seen in the film artist’s protest on the 11th day of the protest. They had wrapped black ribbon on their heads. 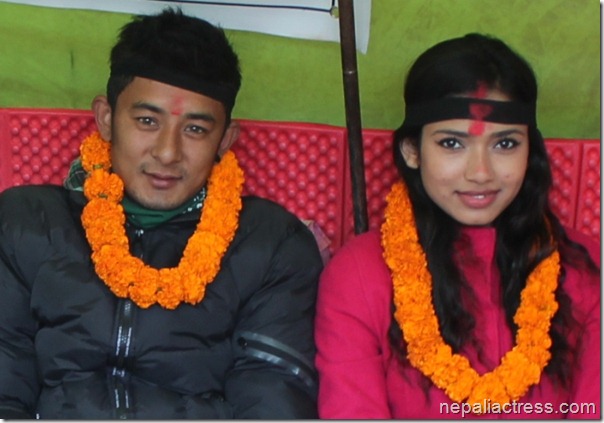 Vicky Malla and Surabhi Bista participating in the protest against government.

Based on their public appearances and being together most of the time, there are rumors that they are more than co-workers and are having an affair.

Although both Vicky and Surabhi deny such affair rumor, such a thing is not easy to hide and we will surely know the truth in future.

With Surabhi and Vicky other artists present in the protest were Yamuna KC, Monika Dahal, Divya Raj Subedi and Basanta Adhikari.

A short interview video with the two by DC Nepal

Various actresses have been actively participating in the protest. Among them, Mausami Malla and Karishma Manandhar are particularly more active.

0 thoughts on “Surabhi Bista in protest, is Surabhi having an affair with Vickey Malla?”