Here is Jiya’s repsonse to all the negative comments:

thank you for your comments love you all 🙏🙏🙏❤️❤️❤️

About the marriage of Bhuwan’s ex-wife, Sushmita Bomjom (KC), Anmol KC’s mother, she has responded by telling that she is not married. In a statement in Onlinekhabar online, she has told that, she is still single. Although she had previously announced about her second marriage, now she has told that she didn’t’ get married at that time. Like you and me, her ex-husband also does not have any clue about her marriage. Sushmita responded by saying, “I am living with my parents in India. I am still single and the news about my marriage is false. I divorced with Bhuwan KC in 2002 and we are happy about that. I am not sure why Bhwan Ji is still using my name.”

Sushimta has claimed that her ex-husband is trying to use social media to target public against her.

Bhuwan KC, in an interview with an USA resident journalist to explain what has been happening in her house. She is searching for her mother and she is unsure what she wants to do in future.

They are having fun time and enjoying their USA tour:

This screenshot of Bhuwan and Jiya is taken from the video Jiya shared about their visit to Washington DC, Joergetown. 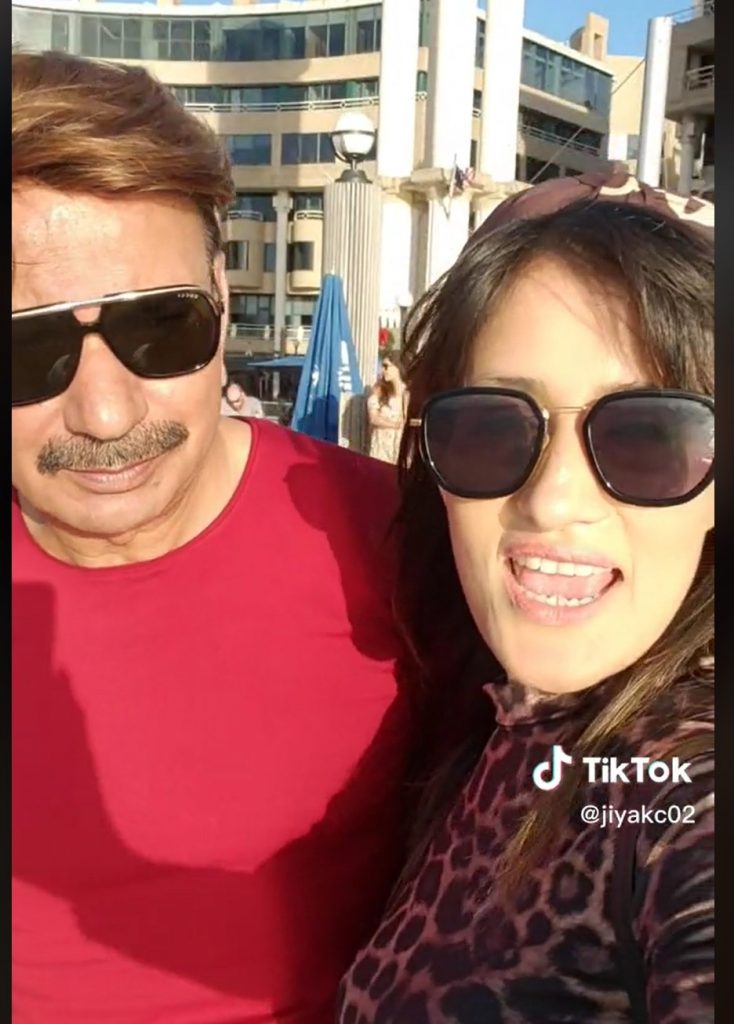 All the best to Jiya and Bhuwan for their upcoming marriage ceremony. I hope this will be the final marriage for Bhuwan whose previous two marriage ended in divorce. Bhuwan is marrying a girl younger than his daughter and is marrying at the time his youngest son, Anmol KC, age is marriageable age.

Please comment about marriage news and the false statement of Bhuwan KC about the marriage of his ex-wife.