The movie inaugurated on Friday, ‘Adhakatti’ is told to feature the real life story of actress Namrata Shrestha. The lead actresses in the movie are Ashishma Nakarmi and Rista Basnet. Namrata will be featured in guest role probably, in an item dance. 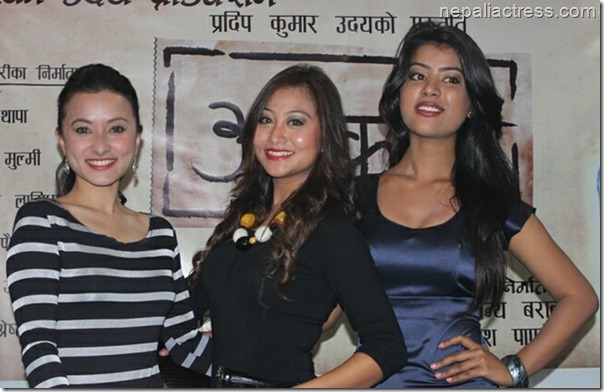 Although Namrata is not the leading actress in the movie, she was present in the inauguration ceremony. In the ceremony, Namrata also addressed the audience. The short address of Namrata is attached below.