The ‘Birkhelai Chinchhas’ actress, Aayusha Rai, has accused music video director Munalshishir Koirala for indecent proposal in Facebook. She has accused Koirala for promising to make her the top actress in three months.

Aayusha wrote a long statement in her Facebook profile with screenshots of her conversation in Facebook’s messenger. In the messenger Koirala has asked for for a relationship. But, when she met the director in person, Aayusha says, "He clearly asked her to sleep with him, that too with feelings." The director had also told that he had slept with other actresses in the past. 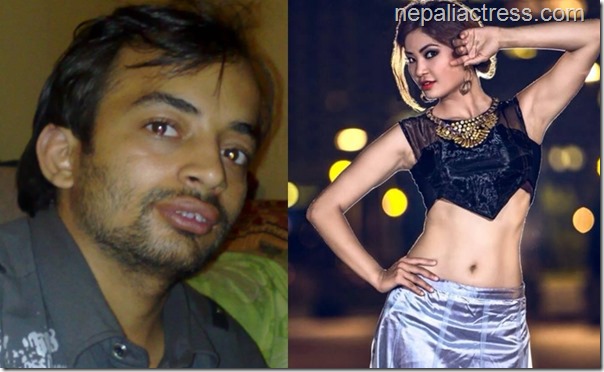 Aayusha adds, "I was surprised such type of people also exist. I am sharing this information to warn others." 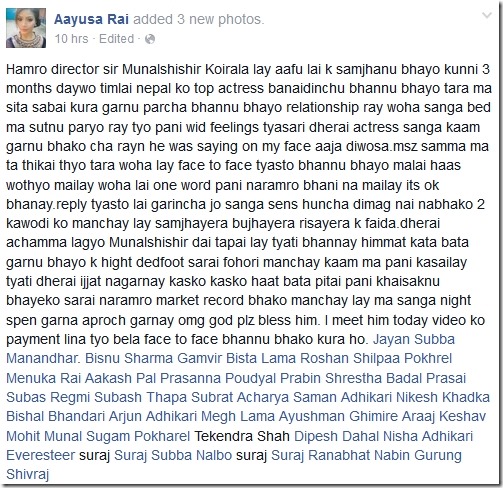 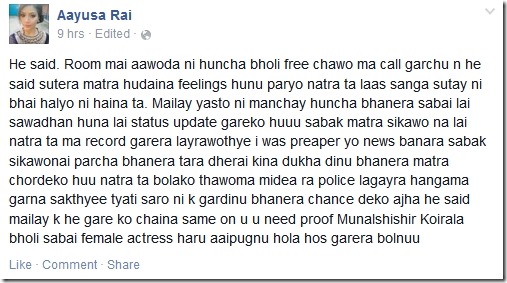 Status of Munalshishir Koirala about the same time doesn’t make much sense:

We will update on the issue in future … stay tuned. 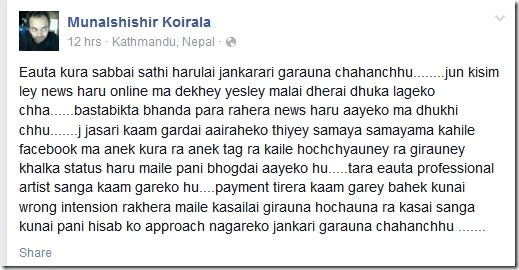 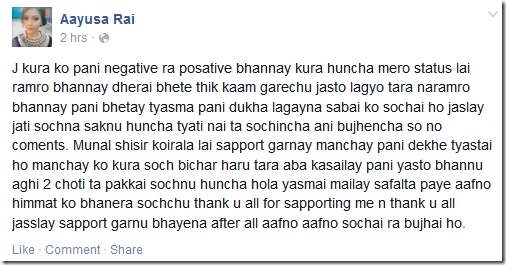 2 thoughts on “Aayusha Rai accuses a director for indecent proposals”