After two years of leaving the film industry, actress Sashi Khadka made a comeback after two years as a music video model. After acting in the film of adult theme, ‘Kina Kina’ Sashi wasn’t seen in screen for the last two years. 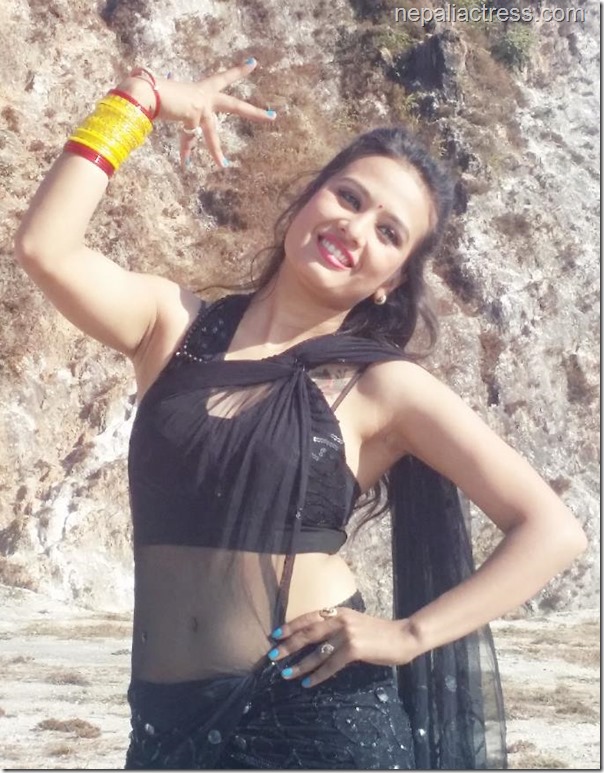 Sashi is featured in a lok geet music video of singer Gayatri Thapa and Khuman Adhikari titled ‘Jadu Mayako…’ Model Babbu Thapa is featured opposite to Shahi in the music video. The music of the song is composed by Khuman himself and the lyrics is written by Pooja Thapa Magar.

The video made on the music by Shiva Darshan Digital features the cinematography of Arjun Tiwari, editing by Arjun Tiwari, choreography by Sirjan Baral and is directed by Munalshishir Koirala.

The director of the video, Munalshishir was recently accused by model Aayusha Rai for indecent proposal. We hope, Sashi was spared of such proposals. 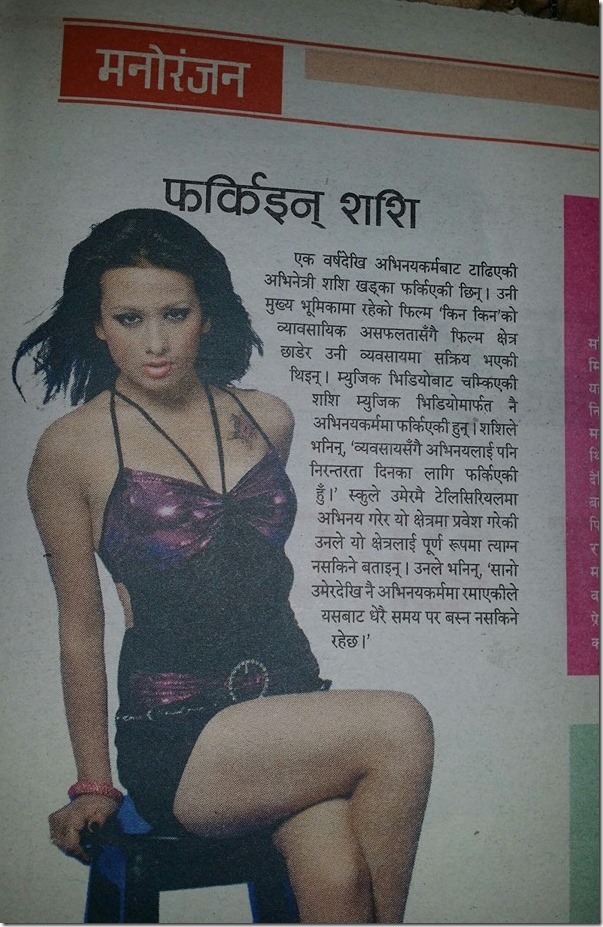