On July 10, Rekha married a Banyan tree in her home at Hadigaun, Kathmandu. In the marriage ceremony eleven priests had performed the religious chanting. The yagya and the marriage ceremony had lasted the whole day. In the ceremony, ‘Kali’ actor Kishor Khatiwoda and production manager Kiran Thapa were also present. 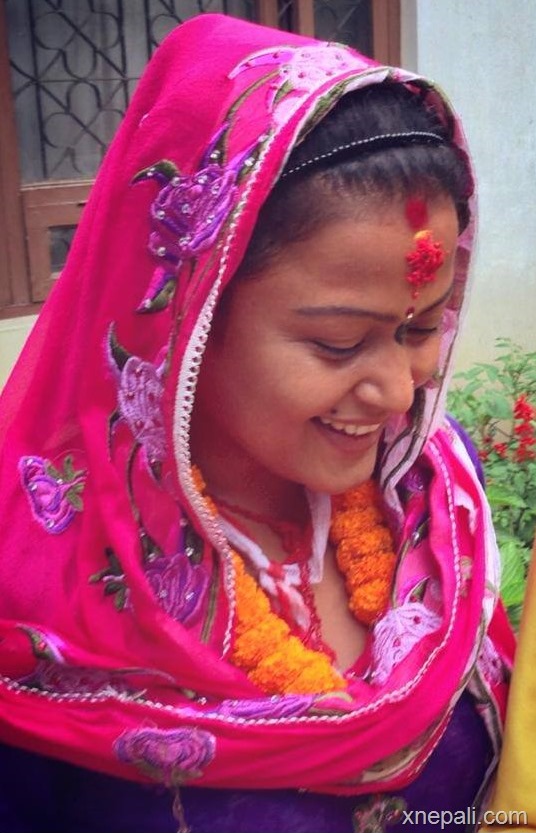 About the ceremony, Rekha told that she performed the marriage in the suggestion of astrologers. She added, "I am a religious kind of Hindu woman."

About the marriage with Chhabi Ojha, Rekha told that it was more like an agreement than a marriage. Rekha is hoping to find a suitable husband to marry in future.

In Facebook, she was found joking about the marriage ceremony:

2 thoughts on “Actress Rekha Thapa found a tree to marry”