The actress of ‘Gangster Blues’, Anna Sharma has revealed that she is seeing Sonam Sherpa. According to the history of their posts in social media, it is clear that they are seeing each other for at least two years. 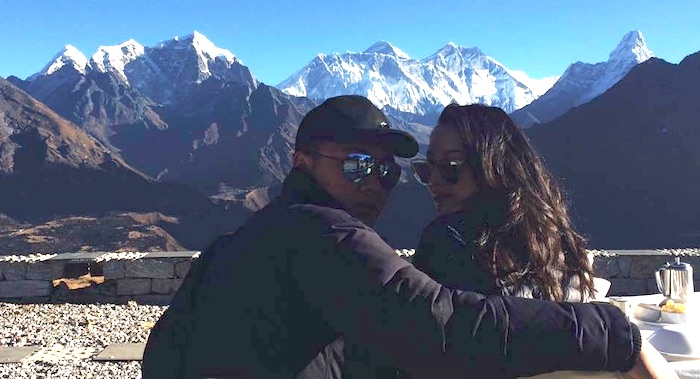 Actress Anna is the daughter of Rachana Gurung Sharma, the choreographer of Miss Nepal beauty contest. She debuted as an actress in ‘Jerryy’ with Anmol KC. The movie was liked by the viewers and it was successful commercially. After the movie, Anna was offered various movies. But, she preferred to finish her studies before doing another movie. After two years of absence, Anna made comeback in ‘Gangster Blues’. The movie by the director of ‘Jerryy’ was recently released.

In 2014, it was reported that she was having affair with Anmol KC. She had also shared photo of herself with Anmol KC and his mother, Sushmita KC. But, the affair didn’t last long.

It seems, Anna met Sonam in 2015 and they are in deep love after that. Both Sonam and Anna have shared photos of them together. In Sonam’s posts, Anna have also been commenting and replying.

Sonam had also joined Anna to seen ‘Gangster Blues’ during the premier show of the movie. They sat together to watch the movie.

We at Nepaliactress.com wish Sonam and Anna a very healthy and stable relationship. 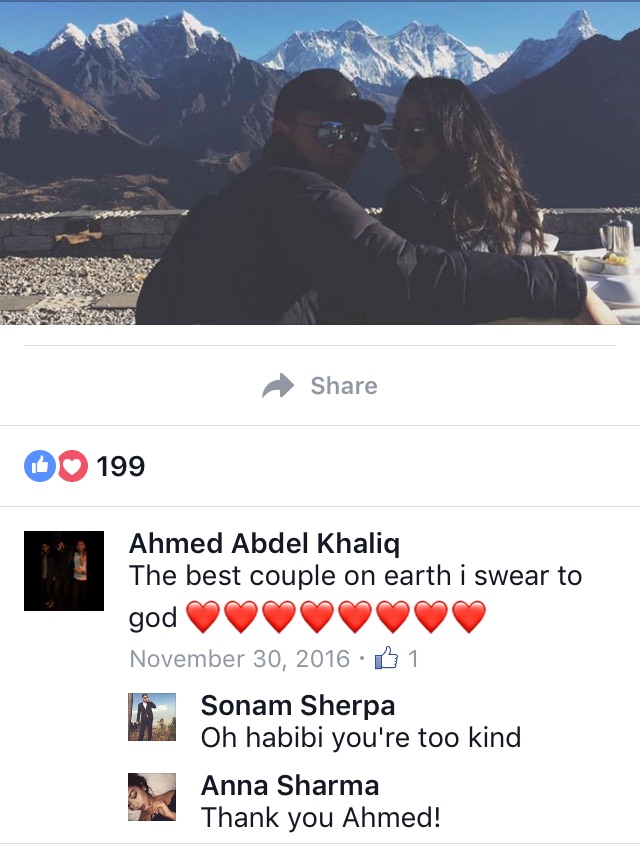