Although Aryan Sigdel had debuted in Rekha Thapa‘s movie, they are not in good terms these days. In a report, Aryan has told, "I have no interest to work with Rekha." 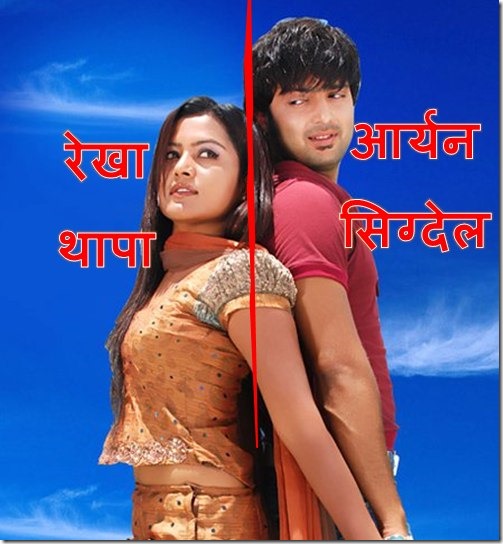 Aryan and Rekha had parted their ways during the screening of ‘Kasle Choryo Mero Man’. After that, they don’t talk with each other.

Aryan is one of the top actors in Nepali film industry. About a dozen movies of Aryan are in pipeline. Actress mostly works in her own banner, Rekha Films. Although Rekha denies, her craze in Nepali film industry is in downward turn. After divorcing Chhabi Raj Ojha, she has been making a lot of mistakes to ruin her public image. Rekha’s political move, social work attempt and relationship with other people have been the topic of the most criticisms.

Although it is their personal problem, we believe, the problem of personal relationship shouldn’t affect their professional lives. The viewers still want Rekha and Aryan together in movies.