Actress Namrata Shrestha and her team has reached the place no government or any other relief agencies had reached so far. The team comprising of a doctor and relief materials, provided medical help and distributed things for immediate necessity. In the following video Namrata is talking with one of the locals. (details in xnepali)

In the following video, actress Poojana Pradhan is seen helping in cleaning the bricks in Dharahara. She is also collecting funds for earthquake relief fund and helping the earthquake victims.

Actress Jharana Thapa and her husband Sunil Kumar Thapa in the following video talk about heir voluntary work to the earthquake victims. 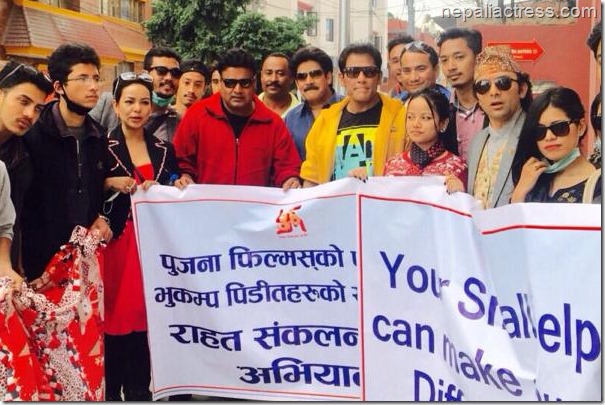