In a latest news, ‘Chapali Height’ actress Binita Baral has found a boyfriend in the USA. She has also told that they have also discussed the relationship with their families and have decided to get married next year. Detailed news in the following video:

It seems, actress Binita Baral changes boyfriends every now and then. Talking about boyfriends, Binita had once told that she had a crush on a guy in her grade 8. She told, her proposal at that time was rejected and she was very sad. After that she told, she started focusing in her work and didn’t care about boys.

After the release of her debut movie, ‘Chapali Height’ Binita told, her 4-years-long relationship turned sour. They took four months to finally end it. Binita didn’t tell who the guy was but, she told that the guy used to live in Australia and was doing business. Binita told that the break up was the result of the guy’s interference on her acting career.

Then, Binita found a new boyfriend in the film industry. She reportedly teamed up with her boyfriend and other friends to start the organic farming. The boyfriend Niranjan Pandey was one of the directors of her third movie ‘Superhit’. The release of the movie was delayed and was released when Binita was not in the country. The movie released earlier this year didn’t make any mark in the viewers. Binita also didn’t care about the promotion of the movie. That was a clear indication that her relationship with Niranjan had turned sour. When Binita was in Nepal for the release of her novel ‘Juino’, she told that she was single and was looking for a boyfriend. Days after that announcement, she found a guy, living a day’s distance from where she lived in the USA, Tilak Poudel.

Nepaliactress team wishes Binita Baral and Tilak Poudel all the best for their new relationship and wish them a long-lasting and loving relationship. 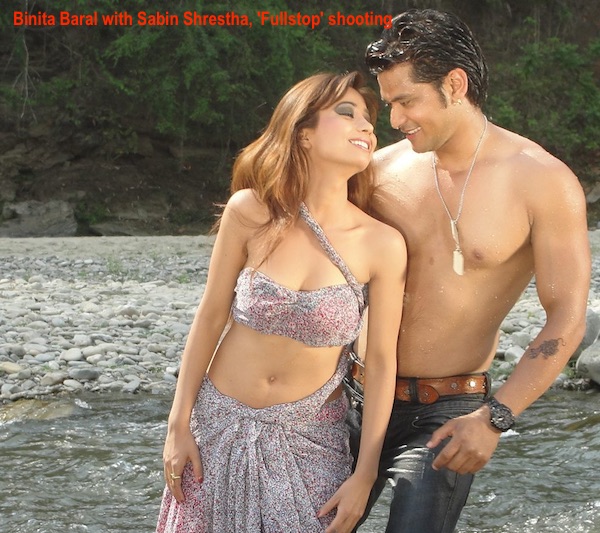