Like everybody else, actress Surabhi Jain also visits her elders to take Tika and best wishes. Being a biggest festival and once in a year celebration she enjoys it as much as she can. 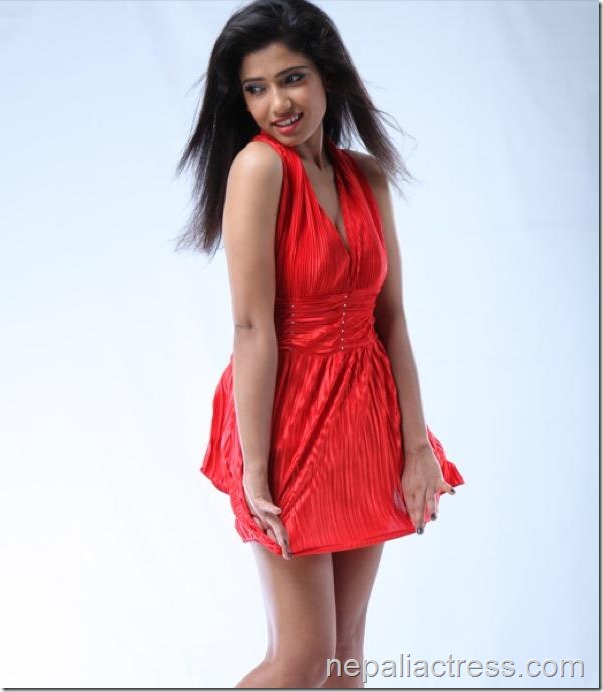 Surabhi can’t play cards but she enjoys playing in swings. She basically enjoys the festival with her family members.

Talking about the wishes she expect from her elders, she thinks most of them will wish she finds a suitable guy and get married. Others might wish her to become a popular and well known actress. She also expects them to wish the success of her upcoming movies.

Surabhi had a bad luck on the beginning of Dashain. She has lost her wallet and everything in it from Magic Beans coffee shop. She said that she had withdrawn Rs. 10,000 from the bank to celebrate Dashain. With Rs. 2,000 already in the purse, she lost Rs. 12,000 and everything else in the purse. Surabhi says that she had different banks’ ATM cards UK provisional driving licence and many other important cards.

We at Nepaliactress also wish Surabhi all the best in her life and career and wish somebody return her purse.

UPDATE – It was not only Surabhi, another actress, Harshika Shrestha had also lost her wallet last month along with her important cards and money.