Actress Reema Bishwokarma has divorced Robert BK after two years of marriage. Married in 2015, Robert and Reema were talking about the love affair that started in Facebook ended abruptly in two years. The news of their divorce was revealed when Robert got engaged with another model, Barsha Rasaily.

According to reports, Reema and Robert got divorced a few days before Robert got engaged with Barsha. In unconfirmed reports, Barsha and Robert had engaged on Friday, December 8, 2017 in Kathmandu. A day after the engagement, Robert returned back to UK. There is no details on when they are going to get married. In the meanwhile, Reema has confirmed the divorce in a statement she posted in Facebook. She has told that she is not in the condition to talk to journalists or anybody on the details related to the divorce. I have prepared a detailed video report on the case:

It seems like yesterday, Reema and Robert were so happy and they happily shared their love affair and their plan to get married. I had prepared a video report about Reema’s marriage in 2015. Now, after two years, the couple has separated.

Why did Reema divorce?

Neither Reema nor Robert has told anything about the divorce. They are not willing to talk about the issue. But, I think, it is related to distance, work and misunderstanding. Here are some of the issues that might have led to divorce:

There might be other reasons like extra-maritial affairs, shortcomings in one of them and others. But, whatever the reason might be, it is a sad news in the Nepali film industry.

I wish Robert’s relationship with Barsha will be better and they will be happy after the marriage. I also with Reem a finds a soulmate and get married soon. 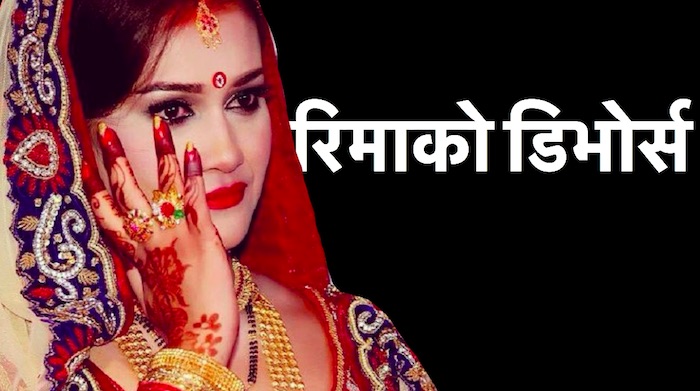