Actress Karishma Manandhar was one of the top actresses of her time. Another top actress of the immediate past, Rekha Thapa had actually wished to become as popular as Karishma in a beauty contest she had participated in 1990s. Rekha could become the number one actress and is still considered one of the most successful actress, producer and director of Nepali film industry.

Karishma’s comeback in the film industry after she returned back from the USA wasn’t as successful as she expected. She is actively involved in the politics as a member of Naya Shakti Party Nepal.

In the other hand, Rekha Thapa had also been member of CPN Maoist but she changed party to RPP. Rekha however is not as dedicated to the political career as Karishma.

What Karishma told about Rekha Thapa?

Karishma Manandhar has said that Rekha is a very determined person who is always focused on her target. She is very hardworking, willing to take risk and makes friends easily.

Although born and brought up in Biratnagar, Rekha has not only struggled in Kathmandu, she has also established herself as a well known personality. Karishma and Rekha had worked together in a movie titled ‘Kasto Saino’.

About the things Rekha has to improve, Karishma has said, “Every person has normal short comings. But, there is nothing Rekha should change.”

What Rekha told about Karishma Manandhar?

In Rekha’s view, Karishma is a very good actress. She is disciplined, helpful and can be friends with others easily. She has a big heart. Rekha says that there is a lot of things to be learnt from Karishma.

About the things Karishma needs to improve, Rekha told, “Others say that she is a bit moody. But, I don’t think so.” 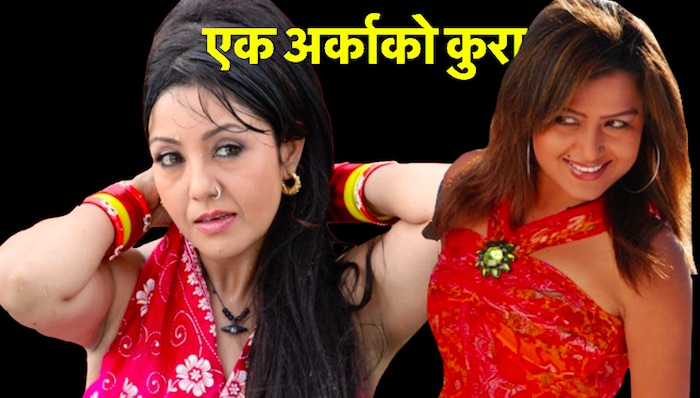