I wrote about the marriage of Garima Pant in January. That was not only the marriage, but also a business partnership with the husband, Hari Sharma Thapaliya. Garima had been living with Thapaliya in Belgium for months before the announcement. So, it was no secret that they were couple.

But, a latest post in her Facebook account says that she has recently got married. That means – they were in live-in-together relationship till now. But, as Garima didn’t give the date of marriage, it is not sure when she got married. The marriage ceremony wasn’t the one most of Nepali people would prefer.

Nepaliactress team congratulates Garima Pant and Hari Sharma Thapaliya for the marriage and wish them a very happy married life.

According to the photos Garima has shared, the marriage had nothing Nepali in it. The dress, the style and the procedure, everything was foreign. Garima was wearing a white dress – a dress most Nepali woman wouldn’t prefer in her marriage ceremony. White dress traditionally for widows in Nepali culture. Although this is changing fast these days, most girls wear red in their marriage.

Even Manushi Bhattarai (the daughter of Naya Shakti leader Dr. Baburam Bhattarai) who didn’t wear makeup and didn’t dye her hair during her marriage wore red saree in the ceremony.  (watch the following video report) 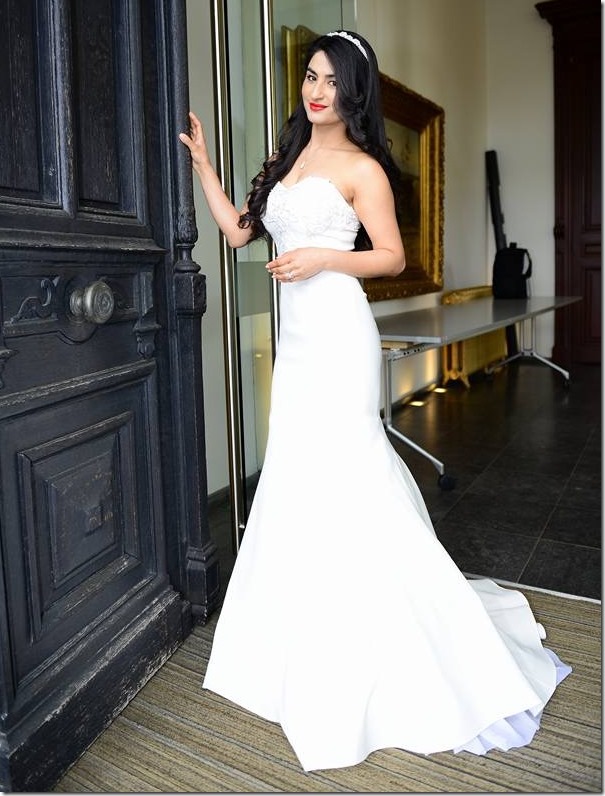 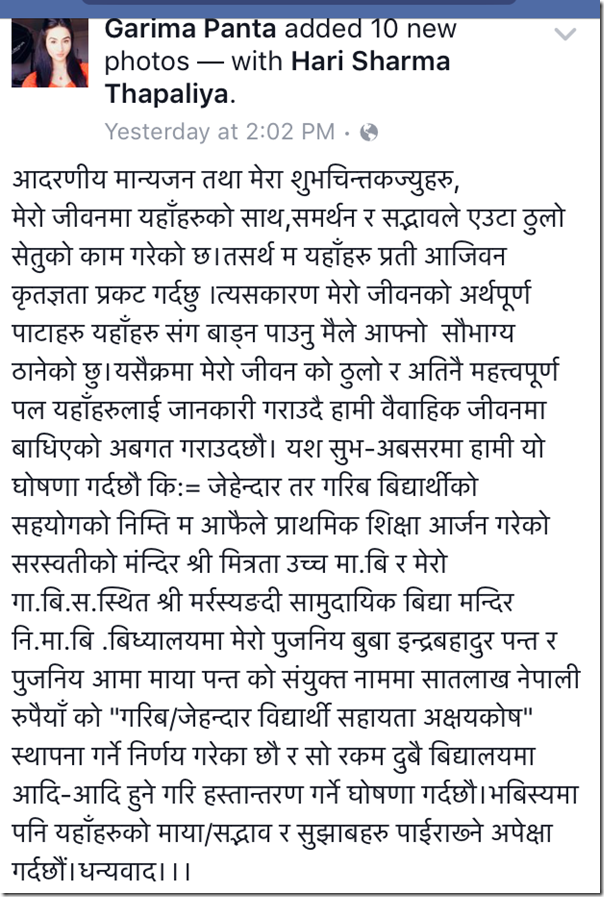 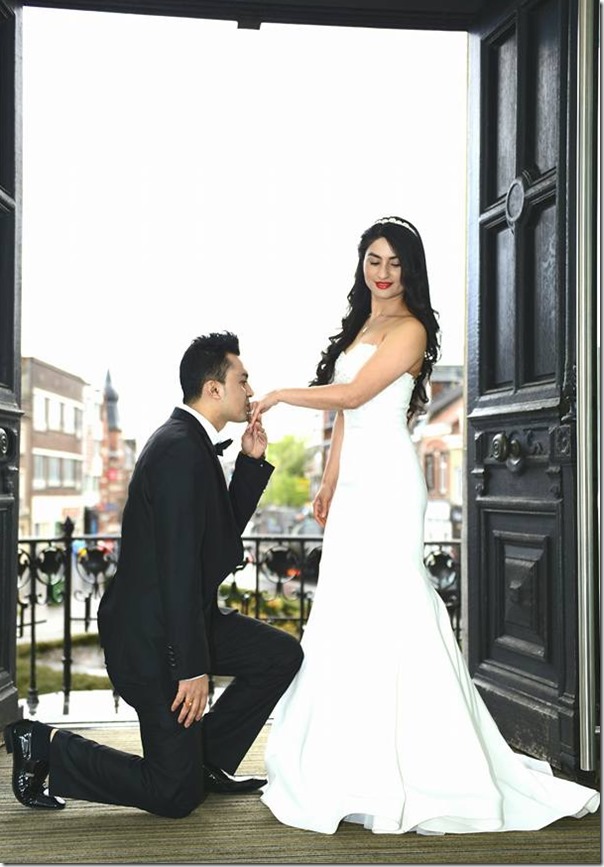