In a new controversy, actress Pabitra Acharya of the upcoming movie ‘Chhesko’ has expressed her dissatisfaction on the inclusion of Archana Paneru in the movie. The movie ‘Chhesko’ was produced last year and was supposed to release then. But, because of earthquake the release was delayed.

The ‘Chhesko’ team had added some scenes of Archana Paneru in the movie and has termed it the ‘debut movie’ of Archana Paneru. The promotional materials including trailer and the poster also feature Archana in hot and provocative appearance. The extra attention on the controversial actress who was not event in the movie initially has angered the original casts of the movie – specially actress Pabitra Acharya. 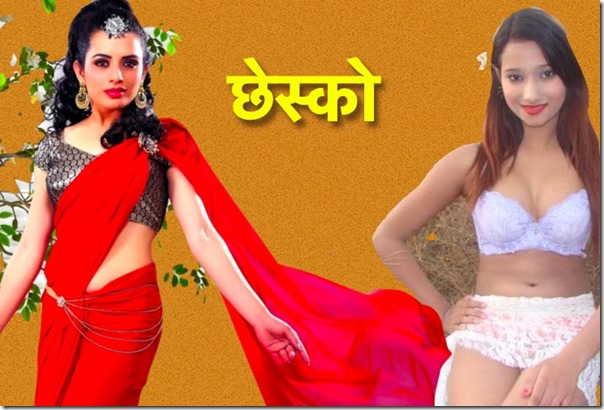