Actress Garima Pant is honored by the Film Artists Association. After mulling over if it is worthwhile to honor the actress over her winning of the Best Actress Award at the SAARC Film Festival, the organization finally decided to honor by a Special Honor Certificate. The festival, organized in Colombo, Sri Lanka from May 20 to May 25, had awarded Garima the Best Actress Award for her role in ‘Jhola’. The movie was also liked by the Nepali viewers and was considered a hit movie. 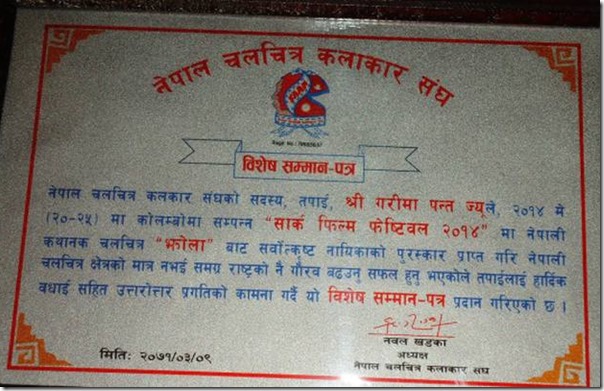 The President had also congratulated the actress a while ago.

With Garima, the director of ‘Sanghuro’, Joes Pandey was also awarded the Jury Award for the Best Director and a Silver Award. Joes was also honored in the ceremony. Talking in the ceremony Joes and Garima told that the honor has motivated them to do better in their upcoming projects.

Video of the ceremony: 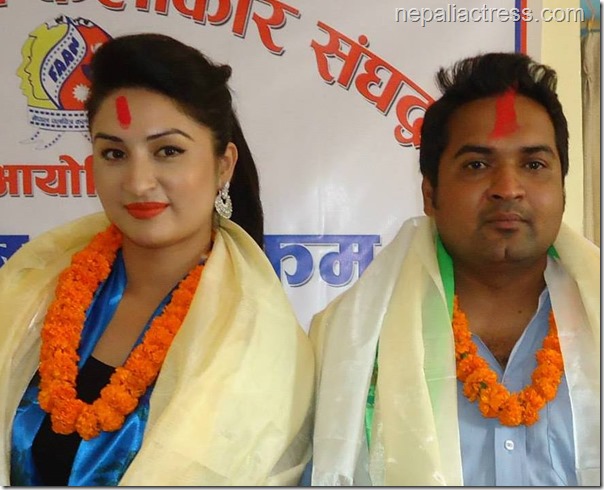