To celebrate the birthday of his introduction in ‘Lazza’, Shilpa Pokharel, the producer Chhabi Raj Ojha organized a birthday party. It was actually music release, birthday party and announcement of the actress of his upcoming movie ‘Kismat 2’.

In a press meet organized in Kathmandu, producer Chhabi Raj Ojha released two of the three songs of his upcoming movie ‘Hawaldar Suntali’. He also announced (as a birthday gift to the actress) that she is signed in as the leading actress of his upcoming movie ‘Kismat 2’. With the movie, the actress has done a hatrick of movies in Nepali film industry and with Chhabi Raj Ojha. 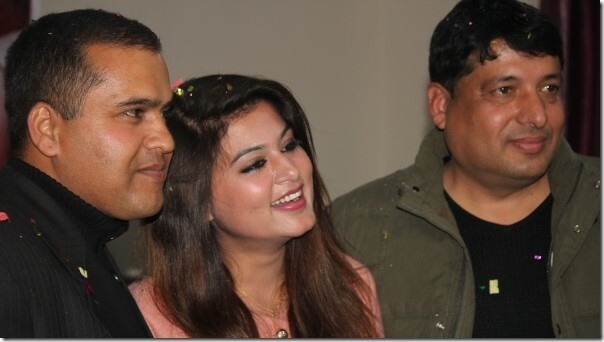 Although there were three things announced in the event it was clearly the birthday celebration because:

Events and rumors indicate that Shilpa Pokharel is going to be the next Rekha Thapa in the Nepali film industry.

We, at Nepaliactress.com wish Shilpa a very happy birthday and wish her success in every movies she does. 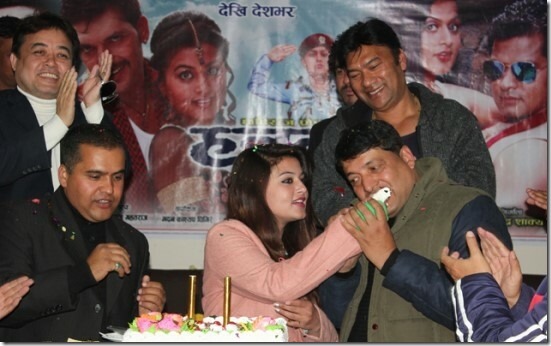