In an interview with an online magazine, dcnepal, Nepali actress Nita Dhungana has told that she doesn’t consider herself sexy.

It has been quite some time Nita has been doing Nepali movies. Nita was appreciated for her role in a recently released movie ‘Notebook’. She was also nominated for the Popular Actress category in OFA 2070 awards. 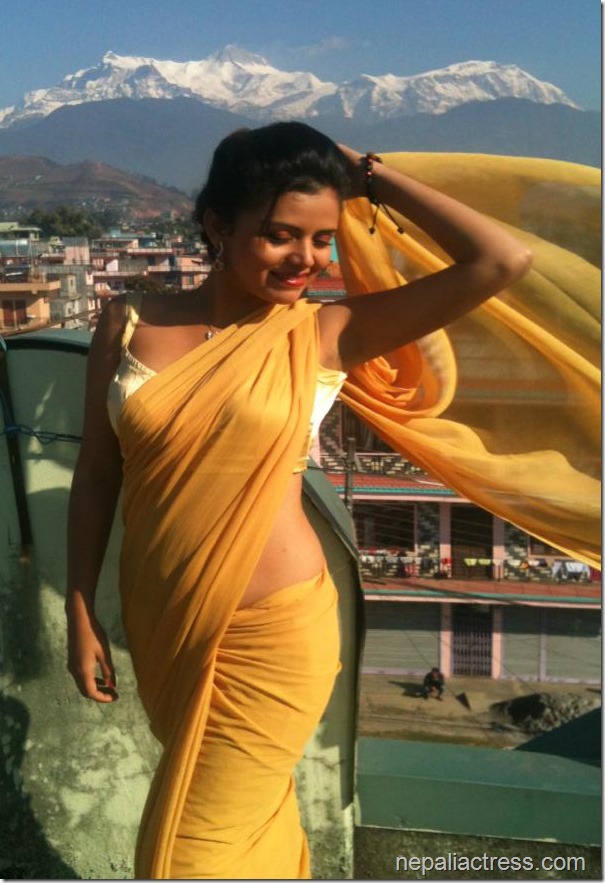 The interview was taken while she was choosing a dresses for her role in an upcoming movie ‘Chha Ekan Chha’ that is going to floor in a week. Nita told that she generally likes casual dresses. For parties she prefers saree. She sure looks sexy in saree!

You can watch the short interview below:

One more hot pose of Nita: