In an interview with Saroj KC Nepali actress Jiya KC has told that she had offered hotter scenes in her upcoming movie ‘Barbad’. (We had posted hot photos of ‘Barbad’ previously) 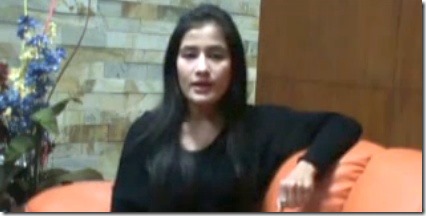 The actress who gained popularity after she was featured in sex scenes in the banned Nepali movie ‘ATM’ is committed to open as much as allowed in movies. She was also in news for her affair with actor Bhuwan KC.

About her vulgar dialogues in ‘ATM’ Jiya told that such dialogues were used in ‘Loot’ too. The only difference between the two was that in ‘Loot’ the male actors spoke the words, and in ‘ATM’ it was a girl. Watch the full interview in video: