The ‘Loafer’ debut actress Rajani KC is mourning after the death of her 54-years old father, Chandra KC. Chandra was found dead in his bed on Thursday morning. He didn’t have any known medical problems to blame for his death. 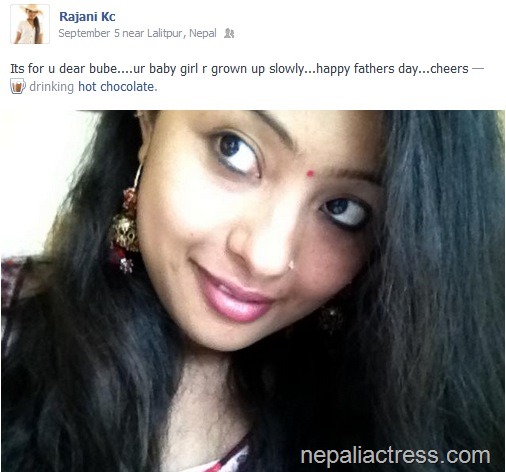 According the the ‘Loafer’ producer Chhabi Raj Ojha, the dead body will be cremated in Pashupati later today after family members arrive from Nuwakot. Rajani is the only child of her parents. Rajani’s debut movie ‘Loafer’ is going to release on Mangsir 21 (December 6, 2013).

Nepaliactress.com team wishes the deceased soul rest in peace and family members get the courage to deal with the loss.