Nepali actress Namrata Shrestha has been named the showstopper in a fashion show to be held in Sydney, Australia. The fashion show named Fashionmandu Runway Show will feature the designs of Nepali and Australian designers.

Actress Namrata Shrestha debuted in ‘Sano Sansar’ and her latest release ‘Classic’ has also been one of the most successful movies of the current time. Namrata had won two best actress awards from the movie – National Film Award, Best Actress and FAAN 2016 award Best Actress Awards. With consistent best performance, Namrata Shrestha is considered one of the best actress of the Nepali movie industry. In addition to acting, Namrata also runs a restaurant business. 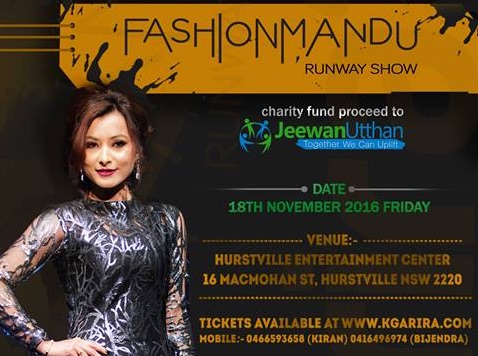