Actress Neeta Dhungana has announced her affair with her co-star in Dinesh DC’s upcoming movie ‘Fulai Fulko Mausam Timlai’, Amesh Bhandari. In another interview, Neeta also told that she is planning to get married in a couple of years. 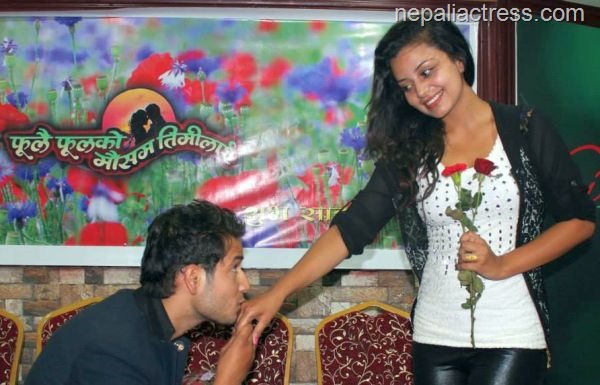 Neeta also told that Amesh and Neeta’s families had been close to each other and she has known Amesh from their childhood. Neeta also revealed that they had also started preparation for marriage but had to delay because of a family problem.

Neeta has told that she is in deep love with Amesh and looking forward to getting married soon. While Neeta has established herself as a successful actress, Amesh is debuting in ‘Fulai Fulko Mausam Timlai’. We can expect their onscreen romance will get a life because of their off-screen affair.

Although Amesh had openly proposed and Neeta had accepted in the public function of the announcement of ‘Fulai Fulko Mausam Timlai’, nobody suspected the affair between them until Neeta announced the affair in Facebook. NepaliActress.com team wish Neeta and Amesh a long-lasting relationship.

Neeta had won Best Actress Award in National Film Awards for her role in ‘Masan’. She was nominated for various awards and won some of them. Her movie ‘Chha Ekan Chha’ also became a super hit movie last year. She has recently finished the shooting of her upcoming movie ‘Ta Ma ra U’. 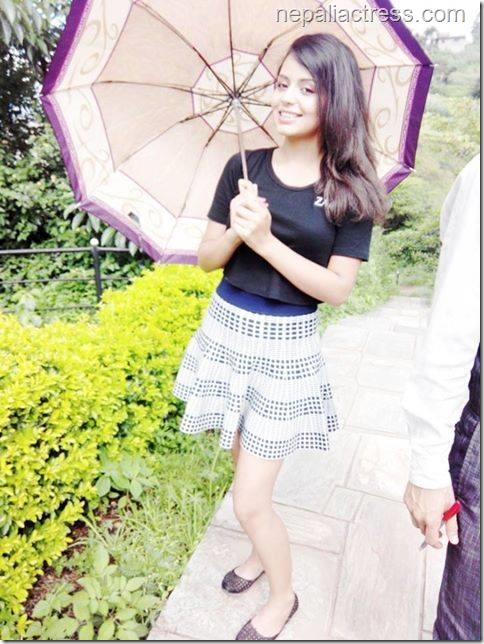 2 thoughts on “Neeta Dhungana deeply in love with Amesh, planning to get married soon”