The winners of best actress awards are:

The lead actress, Keki Adhikari, was very sad on that case. She commented, “Until now, I didn’t know I was in a supporting role.” Other actresses like Priyanka Karki and Richa Sharma had also commented in similar manner. 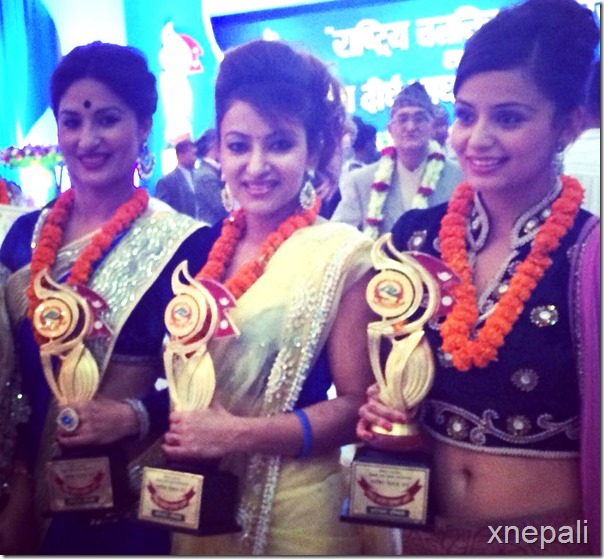 Although actress Rekha Thapa was awarded Best Actress Award for 2067, she didn’t attend the ceremony. She was the only award winner who wasn’t present in the ceremony. According to a report, Rekha didn’t like Garima Pant winning the award of the year 2070. The only award Rekha Films movies won was the Best Art Director for ‘Kasle Choryo Mero Man’.

It is rumored, Rekha Thapa and jury members known to be Rekha’s friends – Prakash Subedi and Shanti Priya didn’t attend the award ceremony to show their protest.

Visit xnepali for the list of all the award winners.