Another Arumima is debuting as an actress in the Nepali industry in ‘Kina Kina’, Arunima Lama. A lot of actresses debut in a lot of movies, but Arunima is special because she is debuting in director Ukesh Dahal’s movie.

Ukesh is known for making Nepali movies in adult themes. His previous movie ‘Palpalma’ got an ‘A’ certificate and it had became a successful movie. In ‘Kina Kina’ Ukesh has features Rajesh Hamal in a role of an artists who does nude arts. After a long search of an actress who could do a nude scene, Arunima Lama was selected to feature in the movie. At first, Dahal told that the actress was a fiction character Dil Kumari Waiba from Mustang. But, later it was revealed that the actress is Arunima Lama.

In ‘Kina Kina’ Arumima sheds all her clothes in front of the artist Rajesh Hamal. The censor board has approve the scene in which Arunima has covered her parts by her hands and hair. Although the movie was refused to pass in its original form, the board has passed it after the film makers comply with the Board’s demands of reducing the durations of kiss scenes. The movie is going to be released in Shrawan last week. In addition to Rajesh and Arunima the movie also features Karishma Manandhar, Raj Timilsina, Sashi Khadka and others.

Showing body to gain media attraction is considered in general to be unsustainable in film industry; let’s hope, Arunima’s case will be different. 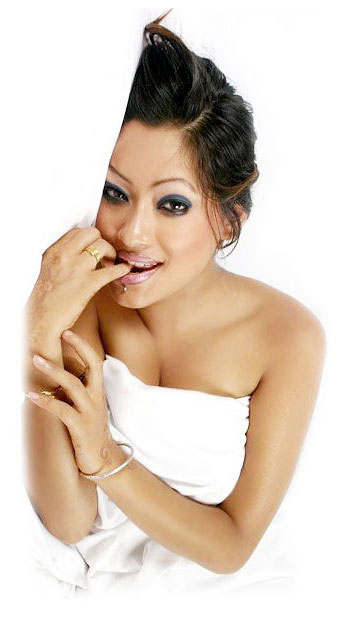 As suspected, the life of Arunima Lama as an actress ended with ‘Kina Kina’. She hasn’t appeared in any other movies so far. According to reports, she is currently living in South Africa. I am not sure what she is doing in the African country. The most likely profession of Nepali actresses in foreign countries is dancing for entertainment.