Nepali actress Poojana Pradhan has got a new tattoo featuring a romantic image of gods Shiva and Parvati. The tattoo is located on her upper back towards the right side. Poojana shared her experience of getting her third tattoo by tattoo master Genzi – saying, “smiling to hide my painful face. It really hurts.”

In another post, she says, “Do the painful things first.” Sharign the final image of the tattoo, Poojana says that some of the pains give happiness later in life. 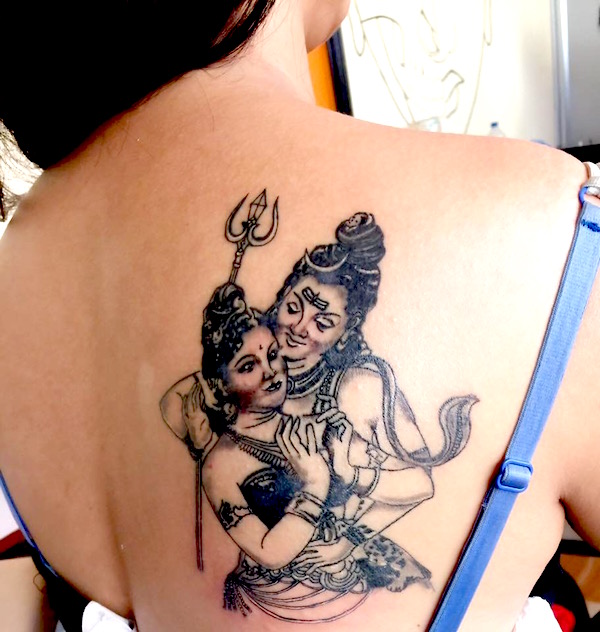 Another actress, Priyanka Karki also has a tattoo at the similar location.

By the way Poojana has shared the information I have noticed some of the things – like:

Did she get the second one at the location that can’t be shown publicly?

If it were on the top of her breast like that of actress Sushma Karki, Karishma Manandhar, Suvekshya Thapa or Mausami Malla, she wouldn’t have any problem showing it. Other common locations of tattoos of Nepali actress are feet, arms, fingers, neck, under-arms etc.

Poojana has told that the pain while getting the tattoo gives happiness later. The happiness might be because of having a beautiful permanent art on her body or having something associated with it. By the tattoo it is clear that Poojana is pretty religious and her romantic nature. In the past, she had written about getting in and out of relationships. The tattoo can also be the indication of a new romantic relationship. 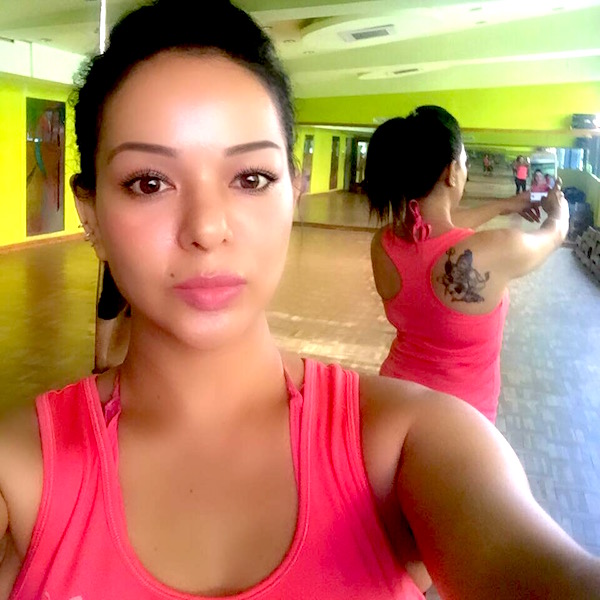 Poojana hasn’t said anything about the relationship. So, it is just my guess. If it turns out to be true (or untrue) I will write about it in future. Till then, enjoy: