The mistakes actress Karishma Manandhar did during the conduction of the announcement ceremony of the new party of Dr. Baburam Bhattarai, Naya Shakti, made a huge response in social media. The way she used English language and the lack of preparation during the event had been criticized by everybody. Let me show you what are the things Karishma did mistake on and why she was criticized.

Top 5 mistakes Karishma Manandhar did are:

I thinks, these three videos summarize everything about Karishma’s performance in the event. 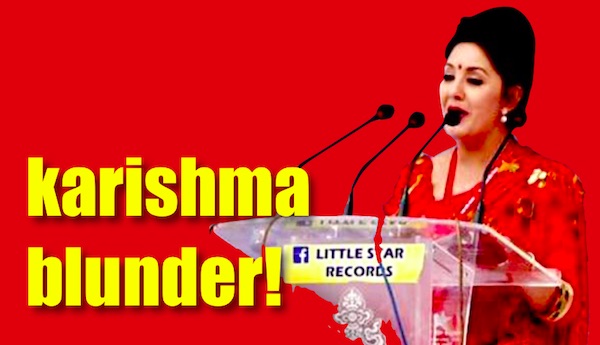