For the nomination of the National Film Award, Nepal Film Development Company (NFDC) has started publishing nominations every four months. From the 29 movies released in the last 4 months, NFDC has released the nominations for 20 different award categories. The actresses nominated for the best actress category are Jharana Thapa, Namrata Shrestha, Neeta Dhungana, Rekha Thapa and Sumina Ghimire. 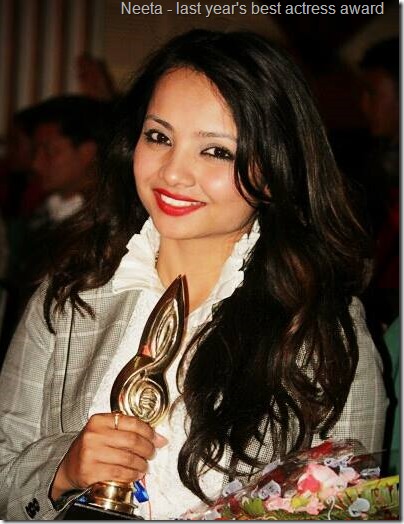 In the best actress category, the nominations are:

Other nominations and the news about the nomination is available at xnepali.

Last year’s nomination for the award is available here.  Last year, there was a little controversy on the best actress award.