Actress Rekha Thapa has released a video showing her kissing a Raute guy. A photo of the kissing created controversy when a Raute activist told that the Raute community was enraged because of the kiss. She also told that the community refused to take the donation Rekha had given.

Rekha protested the report and told that it was fabricated. The Raute community also met with press and told that the report was fake. To prove her point Rekha has released the above video: 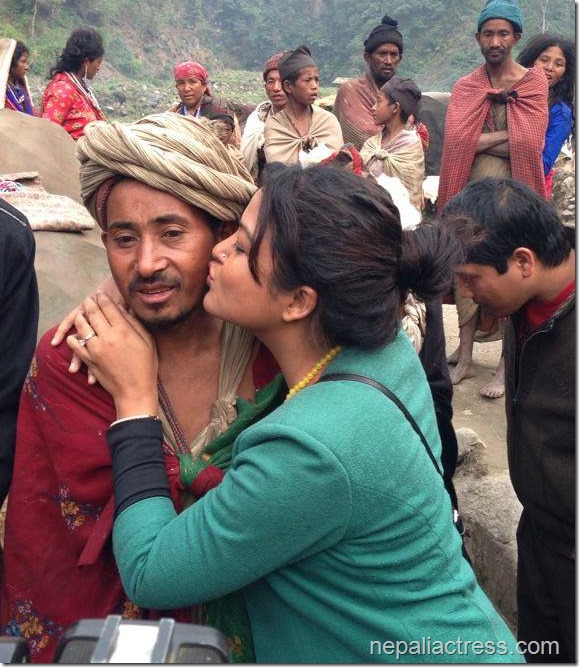 The video starts with Rekha kissing a child. When Rekha kissed the guy, the guy was calm and receptive. After kissing, Rekha touched him and showed her care and love. She also wiped the cheek she kissed. Rekha insists that the kiss wasn’t a sexual nature and it was a pure love and respect for the people.