While actresses Keki Adhikari and Nandita KC are currently participating in the Global Film Festival in California, actress Poojana Pradhan (Poozana Pradhan) failed to get the visa to attend it. Although Poojana’s home production movie ‘Chocolate’ is also being featured in the festival, she wasn’t granted the visa to go there by the US Embassy. 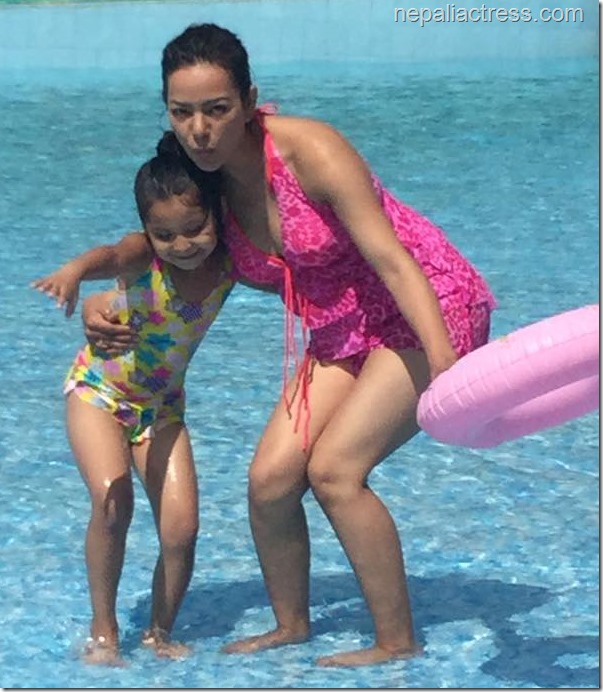 In our earlier post, we had wrongly assumed that Poozana was going to follow Keki and Nandita to the USA. A few days before that Poojana had expressed her frustration on the use of different spelling of her name and had insisted that the journalists should use ‘Poozana’ rather than Pujana or Poojana. Now I suspect, her visa was rejected on similar ground – lack of proper documentation of her credibility.

While other artists were participating in red carpet of the festival, Poojana was seen in bikini, having fun with kids in water park in Nepal. She also finalized the release schedule of the movie in theaters. The movie ‘Chocolate’ is releasing on Mangsir 18.

Poojana runs an orphanage and is raising some children as her own kids. 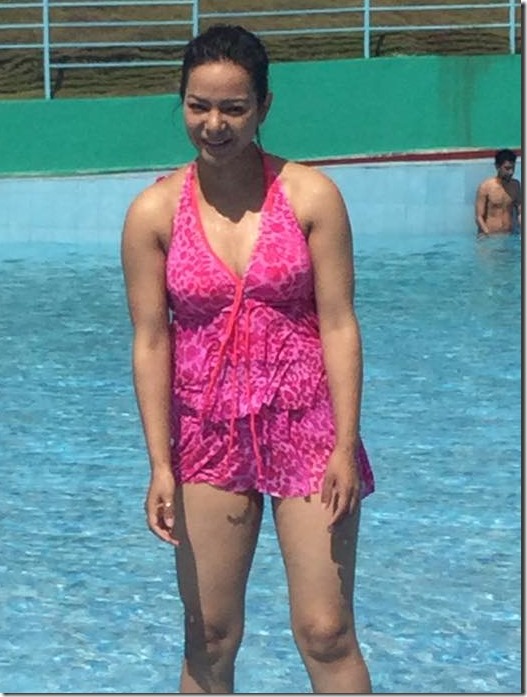 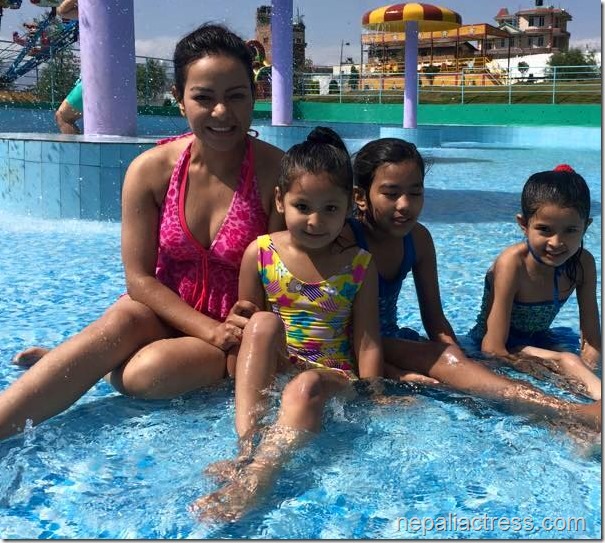