A film magazine ‘Filmykhabar’ has honored actress Priyanka Karki by awarding her with a honor of Personality of the Year (Female) for the year 2071 certificate. The award was given to Priyanka for being the busiest actress in the Nepal film industry. 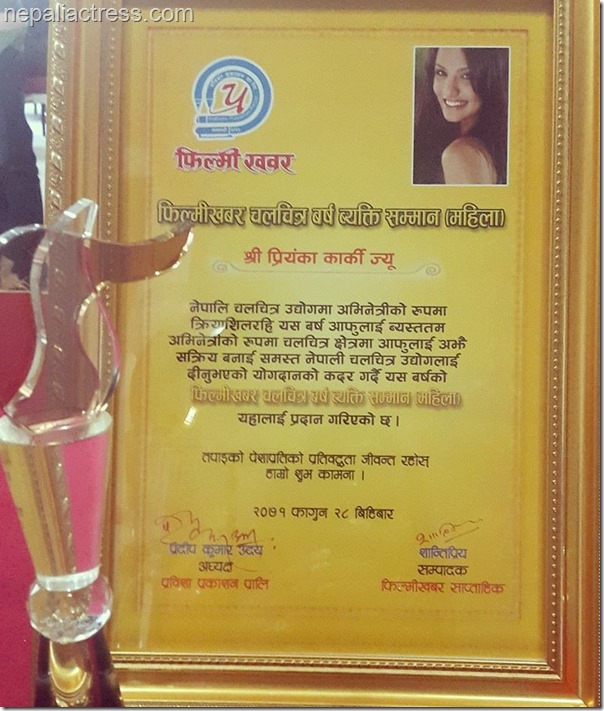 A Bachelor of Film Making graduate from the USA, actress Priyanka Karki, is one of the most popular actress of the current time. In addition to acting, Priyanka is a very talented dancer and a singer. Priyanka debuted in ‘3 Lovers’.

Before, going to the USA to study, Priyanka was a VJ in Kantipur Television and had acted in tele-serials like ‘Ghar Beti Ba’. More details on Priyanka is available in her  profile post.

Here are some photos of Priyanka receiving the award: 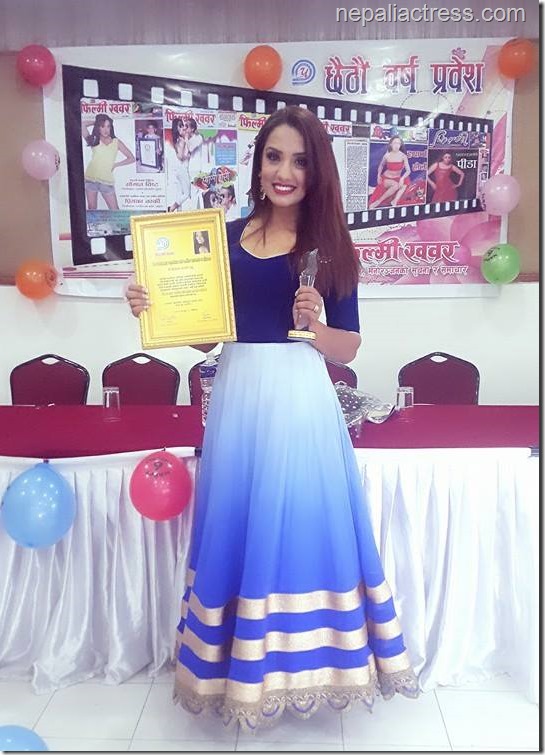 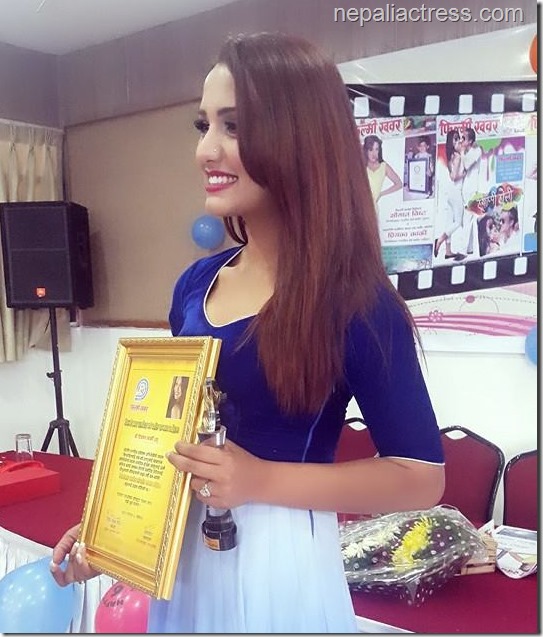