Actress Priyanka Karki has left for Dubai to participate in the Teej Mahotsav program to be held at Imperial Suites Hotel, Burdubai. The event begins at 6 PM on September 10 and the next event is being held at 5 PM on September 11, 2015 at Theater Hall, Ministry of Culture, Youth and Community Development. 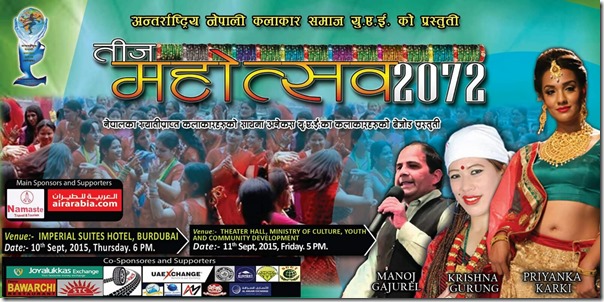 With Priyanka comedy artist Manoj Gajurel and Krishna Gurung are going to participate in the festival. The event is being organized by the International Nepalese Artist Society, UAE.

Nepali artists are invited to various programs in the time of festival. Actress Rekha Thapa is also in UAE to participate in another Teej Program, Teej Utsav. It seems, more than one group are organizing various festival program and the artists participating in one program don’t participate in the one organized by the other group. Rekha’s Teej Utsav and Priyanka’s Teej Mahotsav are going to be held on the same day – September 11 at different locations. (click here for Rekha Thapa’s Teej program in Dubai).

These international stage shows are considered to be the major income sources for the Nepali artists. The most popular destinations for Nepali artists include Malaysia, Middle East countries, Europe and the USA. Among these destination, USA has been the dream for every artists. Most of the artists who go to the USA to participate in cultural programs don’t return back to Nepal. 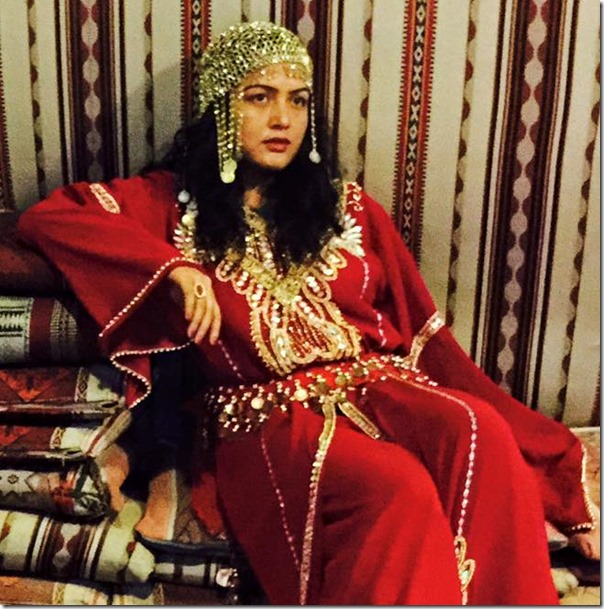 Photo – Priyanka Karki at the Tribhuvan International Airport on Sept 9, 2015 on her way to UAE.